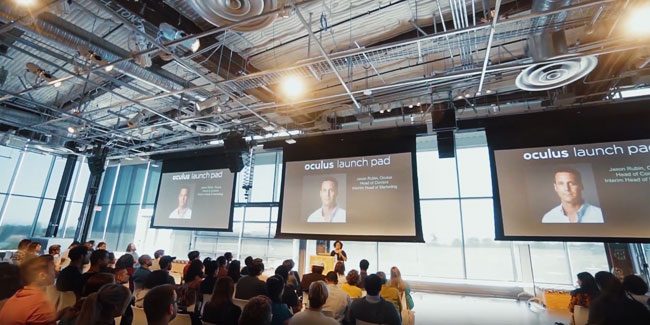 Oculus announced this week the official start of its 2018 Launch Pad initiative, which is a program designed to promote diversity in VR with funding and mentorship. Applications for this year’s Launch Pad program are being accepted now through May 20th.

Oculus Launch Pad, which is entering its third year, provides women, people of color, members of the LGBTQ community, and people from other underrepresented backgrounds with the funding and resources they need to bring their unique virtual reality project ideas to market.

The two-day boot camp will take place on June 23rd and 24th at the Oculus headquarters in Menlo Park, where up to 100 content creators selected to participate in the program will receive mentoring, and hands-on training in VR development, along with a free Gear VR headset with which they can develop on. Participants selected will also receive a $1,500 travel stipend and on-site meals.

At the end of the boot camp, all participants will receive three months of ongoing coaching and feedback on their VR projects. After which they will then have the opportunity to compete for 2018 Oculus Launch Pad Grants to help advance the development of their prototype and launch a full experience on the Oculus Store.

For those interested, you can sign up here through May 20th in one of three categories—360° film, VR experiences, and VR games. To date, Oculus’ Launch Pad program has helped over 200 aspiring VR content creators and has invested more than $900K to support their ideas.