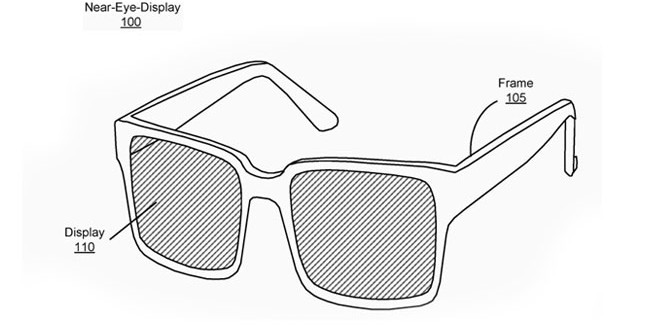 A patent application filed by Facebook’s Oculus has revealed new details about some of the technical breakthroughs that the company is working on to develop its highly-anticipated pair of augmented reality (AR) glasses for the masses.

According to Oculus’ patent application published by the USPTO on Thursday, the device will allow users to see “computer-generated elements” in a physical, real-world environment using a “waveguide display with two-dimensional scanner” and the patented display technology “may be included in an eye-wear comprising a frame and a display assembly that presents media to a user’s eyes.”

The patented display utilizes waveguide technology similar to that used in Microsoft’s HoloLens and in an upcoming wearable AR device currently being secretly developed by Google-backed startup Magic Leap. Interestingly, in fact, one of the three inventors listed on the new Oculus patent is lead optical scientist Pasi Saarikko, a former Microsoft engineer who led the optical design of the HoloLens prior to joining Oculus in 2015.

Facebook CEO Mark Zuckerberg has called virtual and augmented reality the next major computing platform that will change the way we all connect and communicate. However, despite all the attention focused on AR today, we still have quite some years to go before the technology is viable enough for widespread adoption.

According to Michael Abrash, chief scientist at Oculus, full implementation of glasses-based augmented reality is still at least 5-10 years away at best before we could start to see it replacing smartphones as the everyday device.