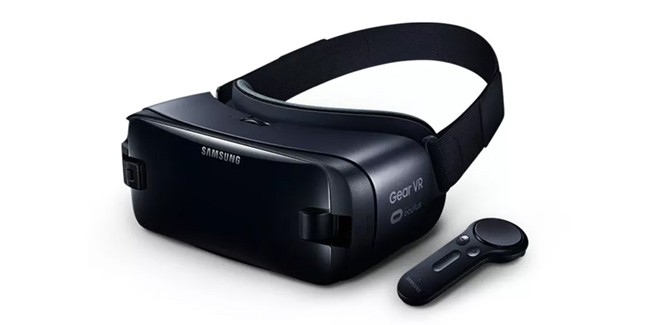 Samsung has revealed that a new iteration of its Oculus-powered Gear VR headset is on the way to launch alongside its latest flagship smartphone, the Galaxy Note 8.

According to Samsung, the new Gear VR headset is pretty much the same as the previous model with no major changes, but with the exception that it’s designed slightly wider to accommodate the larger size of the Note 8 and its 6.3-inch QHD+ Super AMOLED Infinity display, making it the biggest phone in Samsung’s Note lineup to date.

While Gear VR owners with older headsets that plan to use the Note 8 for their mobile VR experience will need to upgrade to a new headset, the good thing is that the new Gear VR headset is backward-compatible. This means that it will work with all recent Samsung Galaxy smartphones—including the S8 and S8+, S7 and S7 Edge, S6, S6 Edge, S6+, and the Note 5.

The new Gear VR with Controller will be available for pre-order starting tomorrow (Aug. 24th) for $129.99 and officially goes on sale on September 15th.