Oculus Quest 2 Review Roundup: What Are Critics Saying About Quest 2? 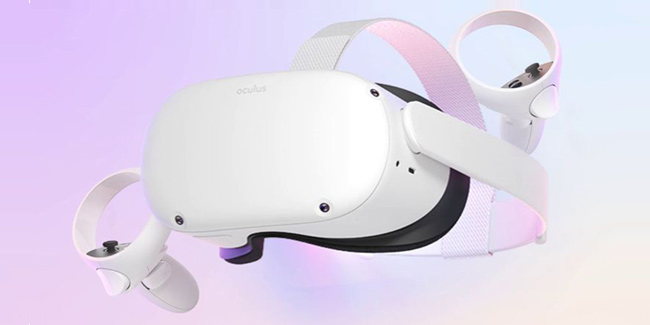 The highly-anticipated Oculus Quest 2 was officially released last week, and it’s currently hailed as the best virtual reality headset that Oculus has made so far to date by critics across the industry.

Starting at $299, the Quest 2 is the new iteration of Oculus’s original standalone headset—offering a more powerful Qualcomm Snapdragon XR2 processor, a higher resolution display of 1832×1920 per eye, and a smaller, lighter ergonomic design, all featured at a fairly more affordable price than the original Quest.

Here are some reviews from around the web that others are saying about the Oculus Quest 2:

“Although it’s going to take more time until its true potential is fully unlocked through various post-launch software updates—and there’s no escaping Facebook’s tendrils—Quest 2 is the best standalone headset you can buy, and amazingly the most affordable in its class at $300.”

“Between the small bump in comfort and bigger increases in resolution and power alone, the Oculus Quest 2 represents a far bigger leap over its predecessor than I think anyone was really anticipating, especially after shaving $100 off the price tag. Add to that an ever-expanding set of versatile features that do everything from let you play PC VR games to controlling VR with just your hands, and there really isn’t another VR headset out there that comes close to matching it.”

“From the improved visuals and finely-tuned ergonomic design to the updated Touch controllers and incredible price, the Quest 2 represents another major stepping stone for the immersive industry. By lowering the price and compressing the overall size and weight, Facebook has created the ideal consumer headset, one that will attract not only VR hobbyists, but the ever-elusive mainstream market.”

“Oculus Quest 2 offers a better experience in every way, and for a cheaper price! Possibly not enough for current Oculus Quest owners to jump on an upgrade unless you’re really keen but certainly even more tempting for new arrivals or those coming from alternate hardware.”

“The Quest 2 is the first headset I can reasonably recommend for a wide audience. Facebook’s VR head start is growing, and the coming year could set industry expectations for privacy, developer autonomy, and basic consumer-friendliness. This may not be VR’s mass-market moment, but it’s the moment to start seriously thinking about how that world might work.”

“The Quest 2 improves over its predecessor in a lot of little ways, with a few small drawbacks like the enlarged controllers and cheaper strap. But its wireless nature, ease of use, and accessible price still make it a killer VR headset.”

“The Quest 2 is a stellar piece of hardware, peerless in the VR space, but make sure you’re making an informed purchase. I recommend you read up on Facebook’s more-recent controversies, especially how the company handles (and has mishandled) user data, before taking the plunge.”

“Last year, I was charmed enough by Quest 1’s frictionless path to standalone 6DOF, and relieved enough by its distance from full Facebook integration, to easily recommend the system as a viable VR option. This year, I cannot say the same. The hardware ships with zero brand-new features, particularly built-in wireless VR support, and it scrapes away many of the prior model’s gains in VR quality-of-life tweaks. Too much annoying stuff gets in the way of Quest 2’s improved power and improved screens, and that’s before even uttering the dirty F-word.”

“The Quest 2 isn’t the most impressive headset on the market, at least in terms of raw specs, and its improvements on the original Quest are incremental. But here’s the good news: Facebook was able to pull off all these improvements while lowering the price. […] The Quest 2 is cheaper and better than its predecessor, with enough tweaks to make it a formidable challenger in the VR space.”

“The Quest 2 is an upgrade in every way, with a lighter design, a sharper display, and a faster processor, all at a more affordable price than the original. For $300, it’s the best all-in-one package for using VR, with optional accessories for PC tethering and to double the battery life of the headset. That makes it the best VR headset at this price by far, and our Editors’ Choice.”

“The Oculus Quest 2 delivers so much in a compact, easy-to-use, and affordable package that it’s hard to argue with the faults or the fact that a lot of the ideal kit is an optional extra—Facebook login excluded, you can definitely argue that one. There have been some compromises on the Quest 2 package, but they seem well thought out and leave the door open to further upgrades once you’ve tried VR out. […] Simply put: the Oculus Quest 2 is the best entry-level VR headset right now.”

“The Oculus Quest 2 is an excellent VR headset that is well worth your time and money, especially if you don’t already own the original headset. For those looking to upgrade, it’s a little more complicated. The Quest 2’s improvements are definitely noticeable and appreciated, but they’d feel a lot more impactful if the Quest 1 wasn’t already such a great VR headset.”

“It is surprising to see such a revamp coming just a bit more than one year after the original Quest’s launch, but the new [Quest 2] hardware is a sign of Oculus itching to double down on a new direction wholly focused on a single, more accessible device driving their vision. […] Oculus Quest 2 is a fantastic VR device, but the question I’ve struggled with is whether a fantastic headset is still a great gadget. It’s still largely for gamers and could still fall danger to getting mainstream users excited for a few weeks, only to spend the rest of its life gathering dust in the closet.”

“If you’re in the market for a VR headset, the Quest 2 would be a smart choice. The device is sleek and it offers some of the cleanest visuals of any headset on the market. Sadly, there aren’t a lot of new games that take advantage of the Quest 2’s more powerful hardware, but this system makes every game already inside the Quest portfolio look better than ever.”

“If you already own a Quest, there isn’t a huge reason to completely jump ship at this time because there aren’t any “Quest 2 exclusive titles” at the moment. Yet, I fully recommended the original Quest and I will continue to recommend the straight-up-upgrade of the Quest 2. The Quest family is probably the smartest way to get into VR right now and the most future-proof.”

If you’re in the market for a new standalone VR headset, the Quest 2 would be the way to go. The new Quest 2 is priced at $299 for the 64GB model and $399 for the 256GB model for those who want more storage.