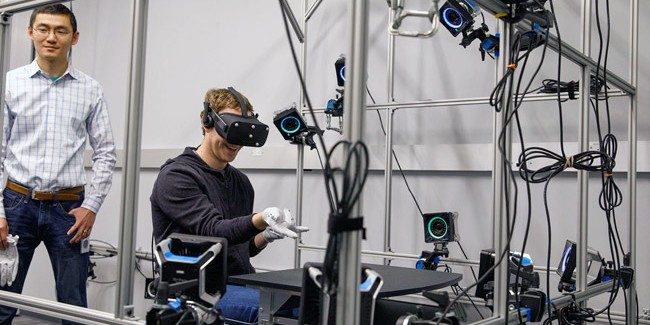 Today, Oculus announced that it is rebranding Oculus Research, the R&D division of the company, to Facebook Reality Labs (FRL). The announcement was made by Oculus Chief Scientist Michael Abrash in a post on his personal Facebook page.

In his post today, Abrash not only confirmed the new name but also made it clear that the lab’s primary focus on the future of virtual reality (VR) and augmented reality (AR) development has not changed. In fact, Abrash noted that Facebook’s commitment and growing investment in FRL, has allowed the team to “push the boundaries of what it takes to build great experiences further and faster.”

“FRL brings together a world-class R&D team of researchers, developers, and engineers with the shared goal of developing AR and VR across the spectrum,” Abrash writes. “We’re creating new possibilities across the full span of how people interact with these new technologies. There are a lot of hard problems in VR and AR, but they’re all solvable, and they are going to get solved.”

While the R&D lab’s focus on the future remains the same, an Oculus spokesperson explains, that the name change to Facebook Reality Labs is meant to reflect the new role that its research and development group plays not only at Oculus, but also across Facebook’s AR/VR organization—which includes Building 8, Camera, and Social VR.

Abrash ended his post by saying that “this is just the beginning,” so you can surely expect some big things coming from FRL in the future, as the team helps Oculus and all of Facebook create trailblazing AR and VR experiences.