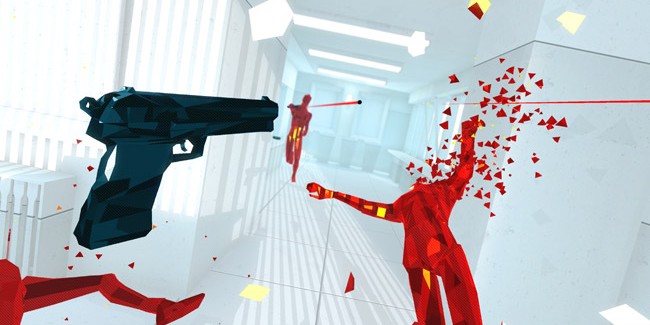 Yesterday, Oculus teased fans of the highly-acclaimed, Touch-supported first-person shooter SUPERHOT VR with a tweet about an upcoming update for the game. Now, the Oculus team has revealed more details today regarding what new modes and challenges are expected to come to SUPERHOT VR for Oculus Rift/Touch owners.

SUPERHOT VR’s upcoming update called ‘Forever’ will challenge players in ways that will put their bullet-time FPS skills to the ultimate test. According to the Oculus announcement, the update will feature multiple new modes and challenges that will add hours of additional gameplay. Players will be faced with various challenges to master, such as eliminating enemies with only headshots, completing the game without firing a single bullet, a ‘hardcore’ mode with faster enemies and less reaction time, and a time trial mode in which you can race against your best score in bullet-time and real-time. There’s even a mode in which players will be insanely challenged to complete the entire game in less than 10 minutes.

According to Oculus, the lead designer of SUPERHOT VR, Cezary Skorupka, explained that the inspiration behind the new content is all about keeping its fan base happy and engaged with a greater challenge to master.

“The community is awesome at this game—way better than us!,” said Skorupka. “We need to keep them happy, so we looked for ways to make SUPERHOT VR even more challenging.”

Aside from the newly announced details, Oculus hints that this is “just a taste” of what the update contains. The SUPERHOT VR ‘Forever’ update is expected to release next month.