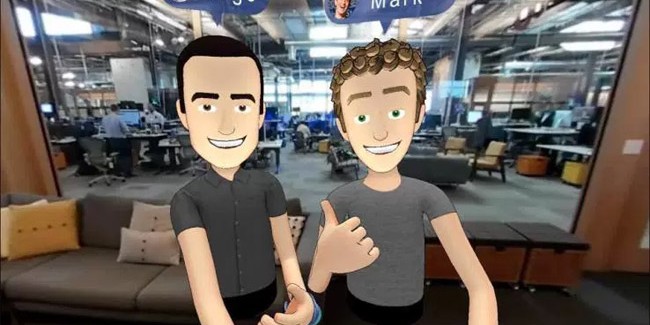 Facebook CEO Mark Zuckerberg announced on Wednesday that former Google and Xiaomi executive Hugo Barra will lead all virtual reality efforts at Facebook as VP of VR, including taking charge of the Oculus team.

Barra, who is highly respected across the tech industry, is joining Facebook after serving three and half years as the public face and Global VP for Xiaomi where he played a significant role to turn the Chinese smartphone maker into a major player in the global stage. Prior to that, Barra spent nearly six years working at Google where he served in a number of top management roles, including as VP of product management for Android and as the division’s product spokesman.

“I’m excited that Hugo Barra is joining Facebook to lead all of our virtual reality efforts, including our Oculus team,” Zuckerberg said in his post on Facebook. “Hugo’s in China right now, so here we are together in VR. It seems fitting.”

“Hugo shares my belief that virtual and augmented reality will be the next major computing platform,” he continued. “They’ll enable us to experience completely new things and be more creative than ever before. Hugo is going to help build that future, and I’m looking forward to having him on our team.”

Iribe also shared Zuckerberg’s sentiments and expressed that he is looking forward to working with Barra as they “pioneer the future of VR” together. Iribe noted, that Barra’s “experience and product acumen…make him a perfect fit for Oculus.”

“It’s been a dream of mine to work in virtual reality even back when AR/VR were just figments of science fiction; now we’re taking selfies in virtual worlds. I learned from Xiaomi CEO Lei Jun that there’s no greater calling in our industry than taking breakthrough tech and making it available to the greatest number of people. Really looking forward to doing just that at Facebook — taking VR mainstream — working with you, Brendan, Mike Schroepfer, and the Oculus team!”