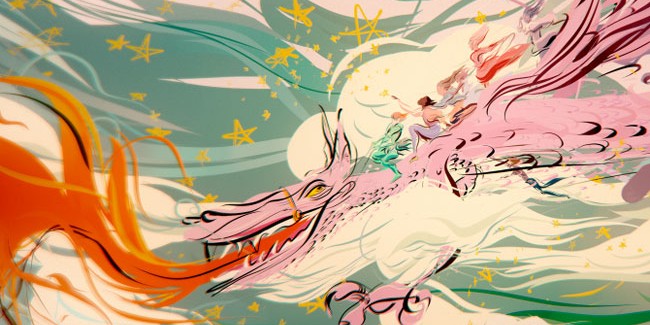 Oculus Story Studio’s much anticipated virtual reality short film, Dear Angelica, debuted today at the 2017 Sundance Film Festival, and it will be available to download for the Rift on the Oculus Store for free.

Dear Angelica tells the story of a young teenage girl, voiced by Mae Whitman, coping with the death of her mother, Angelica, voiced by Geena Davis. As she reflects on the memories of her late mother, the animated tale comes vividly to life around you through a series of painted brushstrokes that create a truly stunning, immersive, and emotional VR experience.

Art director Wesley Allsbrook created the unique artistic style of Dear Angelica using Oculus’ own VR illustration tool called Quill, which essentially lets you create art by painting in the air with your hands using the Oculus Touch controllers entirely in virtual reality while wearing the Rift headset. The tool is also available to Rift/Touch owners as a free download, so you can begin to craft your own stories.

As the first animated experience shot entirely in virtual reality, Dear Angelica is a significant accomplishment. Oculus hopes that it will inspire and lead new artists to an alternative, and more accessible way to create and tell their visual stories to the world.

Last year, Oculus Story Studio won an Emmy for their VR animated short film, Henry, and it seems this is just the beginning of the compelling impact VR filmmaking will have on the industry.