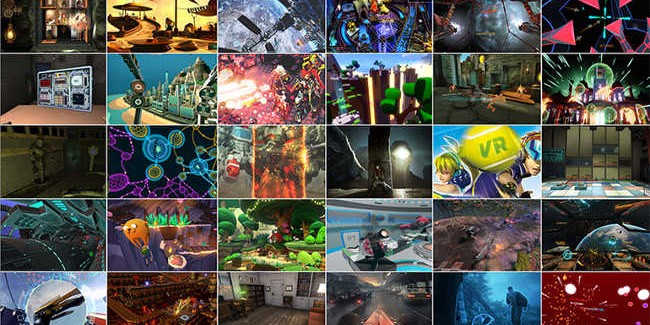 With Oculus set to begin shipping its first batch of Rift headsets to consumers in less than two weeks, the company has unveiled the official launch lineup of games that will be available for users to play on March 28th.

The list of games represents a wide range of genres and experiences, and Oculus has even come up with a “comfort” rating for each game to help first-time users know what kind of experience they can expect before jumping in. The rating system ranges between three tiers: Comfortable, Intermediate, or Intense, giving users a fair warning in advance about certain types of games that are more likely to induce motion sickness.

Below is the full list of games and prices to expect when you get your hands on the Oculus Rift, including upcoming titles slated to be released later in the coming month:

“These games take you to the outer reaches of space, mysterious labyrinths of wonder, and fantastic worlds of adventure. And they’re just the beginning,” the company said on its blog. “We’re working with thousands of developers on entirely new VR experiences. There are over a hundred more games coming to Oculus this year.”

We expect to be hearing a lot more about upcoming Oculus Rift games and immersive VR content during the coming weeks and months ahead, so stay tuned.