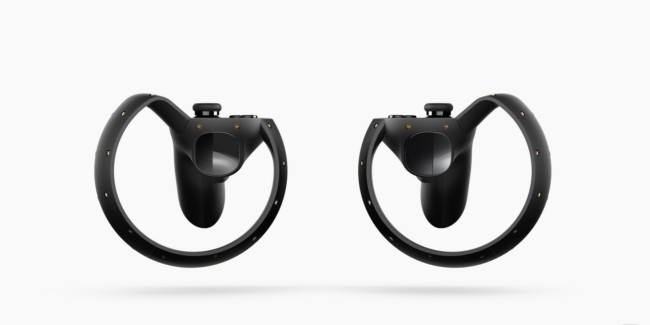 The highly-anticipated consumer version of the Oculus Rift will be released this month, and for many users, it will be the first time they are immersing themselves in a virtual reality experience like never before. And while Oculus is packaging everything you need in the box to get started, of course, aside from a high-end PC—it also will be missing the Oculus Touch controllers, which won’t be released until the second half of 2016.

According to an interview with Ars Technica, Oculus founder, Palmer Luckey explained that the Touch controllers were never intended to launch alongside the Oculus Rift, and suggested instead he wanted users to control games with a gamepad because its something everyone is already familiar with.

“We never planned on launching Touch with Rift,” said Luckey. “We’re going to have a really great Touch lineup later in the year, but we really wanted to focus on the games people have been working on for years with gamepads right now.”

It is an interesting stance from Palmer Luckey, but it is one that makes sense. According to Luckey, the addition of the Touch controllers with the Oculus Rift would have consequently raised the entry price for consumers, and he did not want to force people into buying the Touch controllers, which they may not be interested in yet, especially when the majority of VR games at launch that utilizes motion-sensing controllers is very limited at the moment.

Still, while Luckey has justified the company’s decision to hold off on its controllers, some users may still be disappointed at not having the option of having a pair of motion-sensing controllers to fully experience VR at launch. However, Oculus seems to have a strategic plan ahead—and hopefully, good things come to those who wait. The Oculus Touch controllers are currently slated for release in the Q2 of 2016.