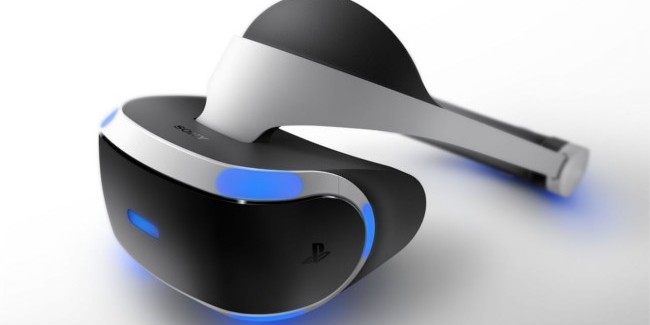 During yesterday’s GDC 2016 keynote, Sony officially confirmed the $400 price tag and release date of the Playstation VR set for October 2016. However, while it’s clear Sony is trying to position itself as the least expensive option when compared to the Oculus Rift, it appears Oculus founder Palmer Luckey has no concerns about it.

When questioned about Sony’s price in a Gamespot interview at GDC, Luckey seemed he was happy for Sony and their ability to find a competitive price point for their virtual reality headset and thinks it’s a “totally fair price”. He goes on to commend the company for doing a good job at keeping costs down, which seems to be one of Sony’s priorities.

One contrast Luckey drew with the Oculus Rift was the fact that the PlayStation VR only comes with the headset. It does not come with any additional accessories similar to the Oculus Rift. For example, you still need to buy the PSVR camera and their Move controllers, both of which are required in order to enjoy a quality VR experience. Luckey says that this makes the $600 price of the Oculus Rift not much different.

“We also have multiple LED displays instead of just one display. But [the Oculus Rift] at $599 is actually not that far off,” stated Luckey. “We’re selling $599 with a controller, and with the remote, and with a couple of games.”

If you consider the total price of the Oculus Rift plus an Oculus-Ready PC, you are looking at paying at least $1500. Comparatively, a PlayStation VR headset, plus peripherals, and the PlayStation 4 console should not cost more than $1000. Clearly, both headsets are aimed at two different markets—PC and console gamers—However, at the end of the day you are getting what you pay for. While the PSVR will be a good experience, it just technically cannot compare to the superiority of the Oculus Rift, which is a more high-end VR experience.