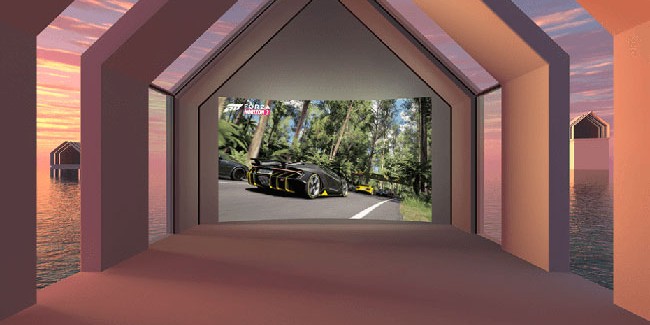 As part of Microsoft’s ongoing partnership with Oculus, Oculus Rift owners will be able to stream Xbox One games directly to the Rift headset using a new application from Microsoft, available for free on December 12th in the Oculus Store.

As you should know, the new ‘Xbox One Streaming to Oculus Rift’ app is not going to convert your favorite Xbox One title into full virtual reality, but rather it will create one of three different VR environments of your choice to immerse yourself in: “Citadel,” “Retreat” and “Dome” while you play your Xbox One game library projected onto a massive virtual screen.

According to Microsoft, a wide range of popular games will be compatible with the new app at launch—including fan favorites like Gears of War 4, Forza Horizon 3, and Halo 5: Guardians. Indie games, big sports titles, and even backward compatible Xbox 360 games are also said to be included, with more supported titles coming in 2017.

Last year, Microsoft and Oculus began their close partnership by bundling a wireless Xbox One controller and PC adapter with every Rift headset, as well as native Windows 10 support. Interestingly, Microsoft is expected to detail plans for its VR-Ready console, Project Scorpio, in the coming year.

Perhaps, we could see direct support for Oculus devices on Microsoft’s more powerful console? It’s quite possible given the nature of their unique partnership, however, nothing has been confirmed at this time.

Get $100 Oculus Store Credit with Rift Purchase during Black Friday