Oculus Rift and Touch Bundle Gets Permanent Price Cut to $399 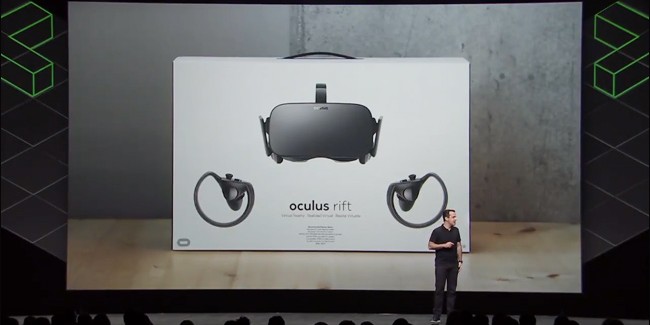 Oculus is permanently dropping the price of its Rift and Touch bundle down to $399, following the highly successful Summer of Rift Sale that ended last month. The announcement was made on stage by Hugo Barra, Facebook’s head of VR during the opening keynote to Oculus Connect 4.

According to the official Oculus blog, the $399 bundle comes with the Rift headset, a pair of Touch controllers, two sensors, and “six free apps” to get you started with hours of fun and immersive entertainment in the virtual world.

This new permanent price gives Oculus a significant cost advantage over its competition in the high-end PC VR market. This now makes the Rift and Touch bundle $200 less than the current price of HTC’s Vive headset—that’s a pretty big deal for consumers, especially as we approach the upcoming holiday season.

In addition to the Rift+Touch permanent price drop, Oculus also announced the Oculus Go, a $199 standalone VR headset that will be launching sometime early next year to the masses.