Oculus Rift Headset Used in Production of 'Ready Player One' 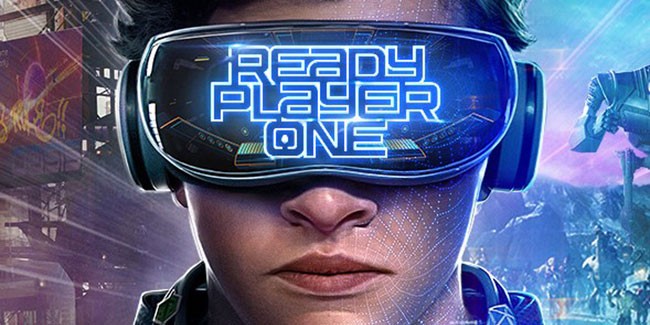 Steven Spielberg’s adaptation of Ernie Cline’s sci-fi novel Ready Player One is due to hit theaters later this month and considering the movie is largely set in virtual reality, it’s no surprise that the technology played a major role in the production of the film.

According to a recent press junket interview as reported by Slash Film, Spielberg revealed that “Oculus goggles” were used during the film’s production to help the Ready Player One cast visualize and perform through some of the more complex scenes in the movie that were set inside of the vast virtual universe known as the OASIS.

“You have to understand that we made the movie in an abstract set. The only way the cast had a chance to understand where they were – we all had virtual reality Oculus goggles,” said Spielberg. “Inside the goggles was a complete build of the set that you [see in] the movie. When you took the goggles off, it was a bit white space. It was a 4,000 square foot empty space called a volume. When you put the goggles on, it was Aech’s basement, or Aech’s workshop, or the Distracted Globe [club]. So the actors had a chance to say, ‘OK, if I walk over there, there’s the door. There’s the DJ.’ It was really an out of body experience filming this movie. It’s very hard to really express what that was like.”

It’s worth noting that the HTC Vive is the official VR partner of Ready Player One to produce a series of exclusive immersive content based on the book and film, but it seems the partnership did not limit the use of other VR and AR headsets during filming. Girish Balakrishnan, the lead virtual production developer for Digital Domain, clarified in a post via Twitter that along with the Oculus Rift, both the HTC Vive and Microsoft HoloLens were also used all throughout different stages of production.

Just to clarify, we used @oculus Rift, @htcvive, and @HoloLens during the filming of #ReadyPlayerOne, not just one headset. Each one was used at a different stage of production.

When shooting mocap, Rift. When scouting virtual cameras, Vive. When on the practical set, Hololens https://t.co/62Ikvwd0d7

Balakrishnan went on to also specify that it was actually the Oculus Rift DK2 used by the crew throughout the film’s production and further explained the purpose of why one headset was used over the other:

Rift DK2 was used in mocap because we were able to get it with a 60 ft tether and have it tracked in-engine.
Vive was a useful portable setup to scout scenes in VR. We can quickly set-up a unit in a conference room or smaller volume for review.
Hololens is limited but freeing.

Ready Player One will premiere in theaters everywhere on Thursday, March 29th, and based on early reviews, it looks like it will be an entertaining crowd-pleaser.