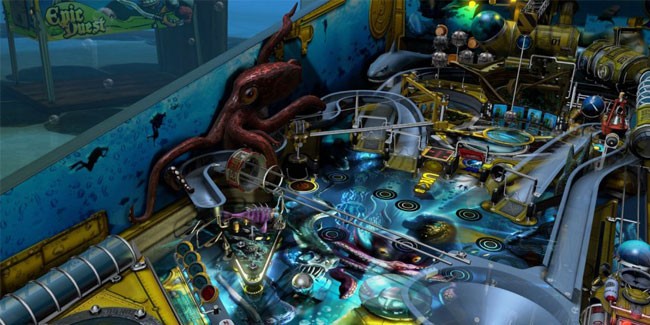 By now most Rift owners should have received their $15 store credit from Oculus, which was issued by the company as a way smooth things over with customers after a major blunder last week resulted in nearly every Rift headset around the world being temporarily rendered useless for hours.

So, now that you have that free store credit in your Oculus account, you may be wondering what to spend it on? Well, here are a few suggestions on games that you can purchase now for just $15 bucks on the Oculus Store.

Keep Talking and Nobody Explodes

In Keep Talking and Nobody Explodes, one player is trapped in a virtual room with a ticking time bomb they must defuse. The other players are the “Experts” who must give the instructions to defuse the bomb by deciphering the information found in the Bomb Defusal Manual. But there’s a catch: the Experts can’t see the bomb, so everyone will need to talk it out–fast! Keep Talking and Nobody Explodes is available on the Oculus Store for $14.99.

The most satisfying and accessible party game ever created comes to virtual reality! The Fruit Ninja phenomenon continues into the next generation yet again, and the Dojo is ready. YOU are the ninja! Fruit Ninja VR takes squishy, satisfying gameplay and turns it into a VR experience that can be enjoyed by players of all ages and skill levels. Fruit Ninja VR is available on the Oculus Store for $14.99.

WANDS® is a first-person VR experience that offers fast-paced magic duels against other players online. Equip your wand with a wide variety of spells and battle other Wielders for fame, power, and glory in the fantastic realms of The Beyond. Explore new spells and hone your skills in your secret workshop in between battles. Wands is available on the Oculus Store for $14.99.

Creating amazing street art would be much more fun without the jail time! Kingspray is a battle-tested VR Graffiti Simulator, with realistic spray, colors, drips, metallics, incredible environments, four-player multiplayer and more! Kingspray Graffiti is available on the Oculus Store for $14.99.

Marble Land is a physics-based puzzle game that was designed primarily for VR. The purpose of the game is to guide a rolling marble on the correct path to its target destination by changing the configuration of the elements in the level. The game contains 45 levels of increasing difficulty, split across three different environments: the desert, the cave and the mountain. Marble Land is available on the Oculus Store for $14.99.

Charm Games brings you FORM, a surreal adventure that unfolds within the confines of the human mind. You play as the gifted Dr. Eli, who has superhuman powers of geometric visualization – the unintended consequence of a childhood trauma. Use your powers to follow the signal through The Obelisk and explore dream-like memories to unlock puzzles in your own mind. This path could lead you to a new existence…or it could leave you trapped in your past forever. FORM is available on the Oculus Store for $14.99.

Of course, you don’t just have to use your store credit on a game that costs $15 dollars. If you’re planning to use some of your own cash with the store credit, then you can take advantage of some great savings by bringing down the cost on some of the more higher priced titles, such as Brass Tactics, Robo Recall, Sprint Vector, Knockout League, Lone Echo and The Unspoken—just to name a few.

Whatever you decide to use your Oculus Store credit on, you can’t go wrong. There are plenty of awesome games and applications on the Oculus Store to choose from and add to your growing library of immersive VR content.

Oculus Rift Headset Used in Production of ‘Ready Player One’