Oculus Delays 'Touch' VR Controllers Until Second Half of 2016 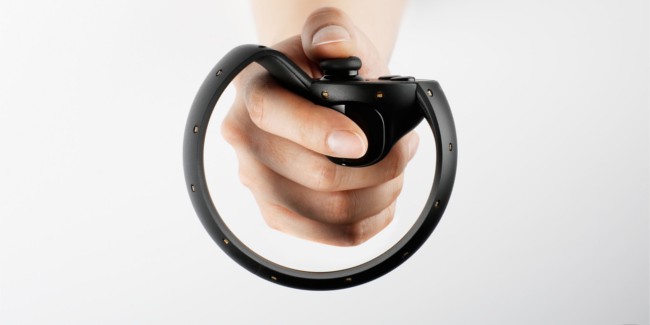 Oculus has announced that they are delaying the launch of its Touch controllers for the Oculus Rift until the second half of 2016. The much-anticipated VR motion-based controllers were originally expected to ship in the first half of the year.

According to a post on the official Oculus blog, the company’s decision to delay the Oculus Touch is to allow the team more time to continue “perfecting” the Touch controller capabilities and make significant improvements to its overall ergonomics.

While the delay may come as a disappointment to some anxiously awaiting VR fans, Oculus founder Palmer Luckey tweeted in regards to the announcement stating, “Sometimes you have to make tough calls and do the right thing.” It’s clear that Oculus does not want to rush the opportunity to deliver the absolute best VR product to consumers, according to Luckey “setting the right bar is important.”

Unlike the Touch, the Oculus Rift virtual reality headset is still on track to ship in the first quarter of 2016, with pre-orders set to open “very soon.” The Oculus Rift will come bundled with an Xbox One controller—and will include free a copy of Lucky’s Tale and EVE: Valkyrie.

Lucky’s Tale Will Come Bundled with Every Oculus Rift