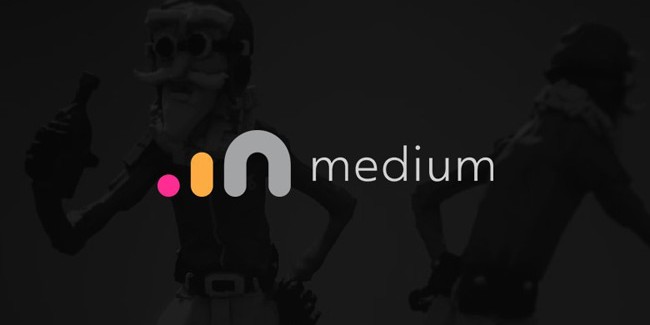 During this week at Comic-Con in San Diego, Oculus gave attendees a closer look at its much-anticipated VR sculpting software tool, Medium.

With the help of some world-class artists, Medium, was put to the test and delivered some really impressive results that showcase its potential utilizing the long-awaited Oculus Touch controllers, which are slated to ship in Q4 of this year.

As you can see from some of the creative examples below, users will be able to take full advantage of the software to create some pretty amazing 3D sculptures—ranging from delightful and detailed robots, sword-carrying warriors, friendly dinosaurs, and even a DC lineup of comic book characters!

Along with a new Oculus Medium logo (as seen on top), there is also a new toolset that will help make creating sculptures in Medium more intuitive and efficient. The Clay tool will allow users to easily mold their creation to life, with the option to repeat patterns, add clay strokes and custom shapes. A new Smooth tool is designed to make it simple to blend pieces together, including the option to customize sculpts in an array of colors thanks to a useful Paint tool, which mimics the motion of using virtual spray-paint cans with the use of the Touch controllers.

Oculus has big plans to push VR beyond just gaming, and Medium is set to play a key part in that effort. We are sure to hear more details on Medium in the upcoming weeks and months ahead as we get closer to its launch.