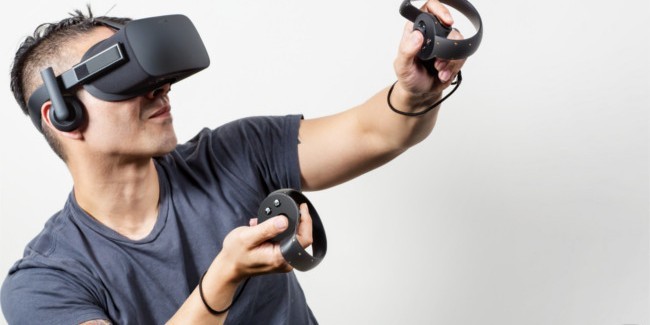 This week Oculus released its latest software development kit, Oculus PC SDK 1.6, which includes a number of key improvements to help improve the user experience, as well as two interesting features for the much-anticipated Oculus Touch controllers slated for Q4 of this year.

According to the documentation of the latest SDK 1.6 update, the addition of a new ‘Enter’ button, which is positioned on the left-hand controller, is noted to function similar to the ‘Start’ button on an Xbox One controller. Also making it into the new SDK is support for enhanced haptic feedback capabilities referred to by Oculus as “Buffered haptics” which are designed to change rapidly, and work for subtle effects.

List of highlighted features for version 1.6 of the Oculus firmware update include:

Interestingly, it was pointed out by a keen Rift owner that the 1.6 update also features support for up to four sensors to be connected simultaneously, which will allow for more accurate tracking and expanded range to deliver a full room-scale VR experience. Perhaps, we’ll hear more from Oculus on room-scale VR applications and experiences following this year’s third annual developer conference, Oculus Connect, which takes place in October.

For more information and to download the latest Oculus PC SDK version 1.6, check out the changelog here.