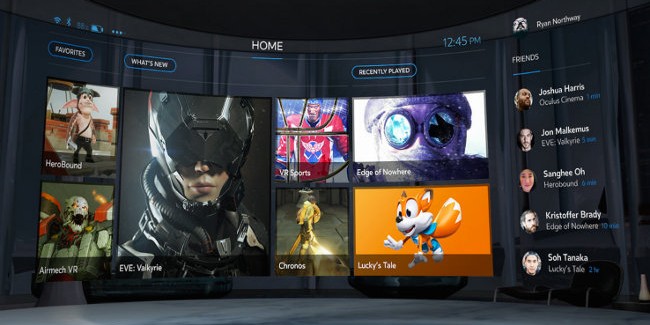 Before you decide to randomly jump into an unexpected virtual reality experience on the Rift, Oculus wants to make sure you know what you’re getting yourself into.

Speaking to Techcrunch, Oculus CEO Brendan Iribe explained the idea behind giving each Rift game a “comfort rating” on the official Oculus home store is not only to gauge if it might not be suitable for someone highly prone to motion sickness, but also to inform the user on the level of intensity, or fear they can possibly expect from a particular VR experience.

“Something can be comfortable from a disorientation standpoint, where it doesn’t make me feel bad…it doesn’t have crazy locomotion like a roller coaster,” Iribe explained. “But if it is really, really super intense, we do want to give people warnings about that.”

“Having bullets fly at you in VR is actually really, really intense and the more real it gets, the more it’s going to feel like real life, and you don’t really want to be shot at in real life.”

Having a “comfort rating” in ways makes a lot of sense considering how these experiences in virtual reality are really beginning to tap into our emotions and physical sense of presence. And having that foresight to decide what kind of experience we may want to endure in VR is a good thing, and can be quite helpful.

In addition, while the Oculus Rift is developed as an open-source platform, Iribe did confirm that any content sold directly through the Oculus home store will require pre-approval before it becomes available for users to purchase.

“We are going to monitor the content and make sure that it fits the policy we put up which is this safe and clean environment that everyone can know, and love, and trust just like other popular app stores,” Iribe said. “You’re going to need to be approved first.”

According to Iribe, Oculus would operate “a very standard business model,” similar to other popular platforms like Steam and the App store marketplace, so its likely Oculus will also take a 30 percent revenue share of all transactions made as part of their monetization strategy.