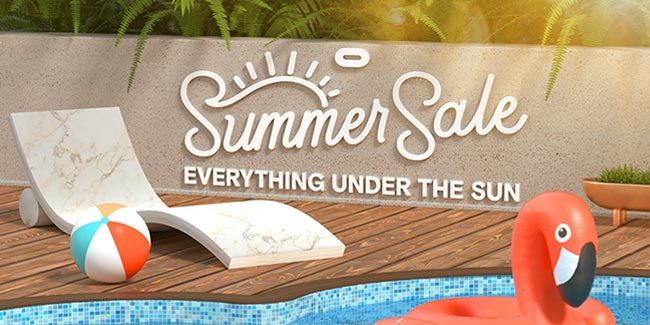 Oculus has announced that its annual Summer Sales event is officially underway, which offers big savings and discounts across a wide range of VR titles for both the Rift platform and Oculus Go headset now through July 7th. However, it seems there are no Summer Sales for the Oculus Quest just yet.

As for Oculus Go, most of the titles are discounted anywhere between 25% – 50% off, and there is also a Grand Essentials Pack available that features 10 of some of the very best games Go has to offer, including Virtual Virtual Reality, Eclipse: Edge of Light, Drop Dead, Wander, and End Space, all priced for just $45.99. There are also Daily Deals throughout the week, so be sure to check the Oculus Store each day to take advantage of the latest savings.

The bundle packs are priced dynamically, so even if you already own a game that comes in the bundle, Oculus automatically adjusts the price accordingly to take advantage of the savings, so you only pay for the games that are not in your library yet. Oculus’ annual Summer Sales event runs from now until 11:59 pm PT on July 7th, so check out the latest savings on hundreds of VR titles for the Rift platform and Go while they last.