Oculus 'Summer Sale' Event Offers Discounts Up to 75% Off 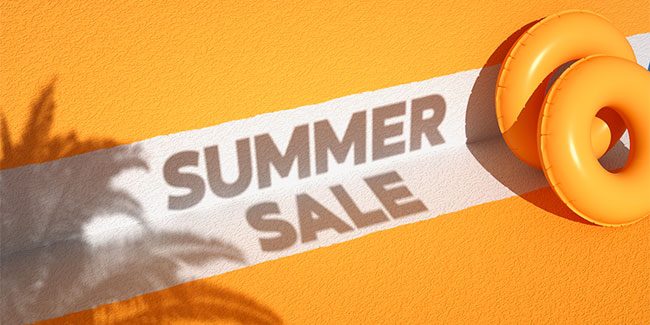 Oculus has officially announced that its annual Summer Sale event is back, which offers deep discounts across a wide selection of Rift, Oculus Go, and Gear VR titles on the Oculus Store of up to 75% off now through July 1st.

In addition to the “significant savings” that you will be able to get on hundreds of VR titles and daily deals, there are also four summer-themed packs available—the ‘Sun’ Pack, the ‘Cool’ Pack, the ‘Beach’ Pack, and the ‘Surf’ Pack for the Oculus Rift. Each bundle pack is priced at $74.99 and comes with five titles, including popular games such as Lone Echo, Beat Saber, and Onward.

As for mobile, there are three bundle packs available for Oculus Go and Gear VR owners—’Hot’ Pack, ‘Chill’ Pack, ‘Splash’ Pack. Each mobile pack is priced at just $19.99 and features four titles, including top-rated games like End Space, Ultrawings, and Virtual Virtual Reality

Even if you already own any of the games inside one of these bundles, you’ll still be able to take advantage of the savings, thanks to Oculus’ dynamic bundle pricing system which will automatically adjust the price of the bundle accordingly, so you only pay for games that are not in your library yet.

This is a perfect time to build your VR games collection at greatly discounted prices. Anyone who owns an Oculus Rift, Go or Gear VR headset should definitely check out the Oculus Store every day from now through 11:59 pm PT on July 1st to get the best savings on hundreds of VR titles and see all the that Oculus’ Summer Sale has to offer.