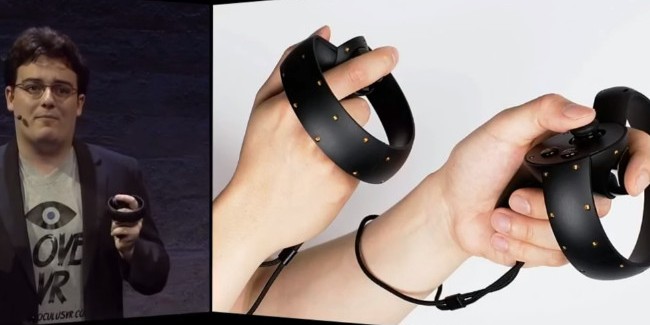 While its announced that every Oculus Rift will ship with an Xbox One wireless controller at launch, Oculus still has plans to deliver its own input controller solution for the ultimate VR experience.

Codenamed ‘Half Moon’, the prototype design of each controller features the same constellation tracking technology as in the Oculus Rift headset, and includes a traditional analog thumbstick, two buttons, an analog trigger, as well as a “hand trigger”, which allow users to pick up and manipulate objects, for instance, a virtual gun.

“We wanted to create an input device that actually lets people reach out, that lets those people interact with objects in the virtual world,” said Luckey.

The controllers also has haptic feedback capabilities, allowing you to feel what you are touching in VR, and has additional sensors lined within the device capable to detect a set of finger poses that work to “recognize natural hand poses like pointing, waving, or giving a thumbs up,” Luckey explained. 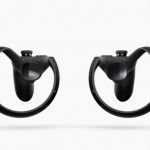 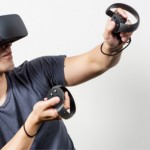 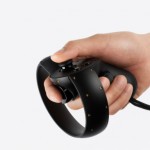 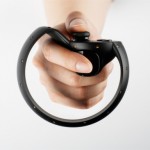 Oculus plans to offer hands-on demonstrations of the Oculus Touch controller, beginning next week at E3 2015. Attendees will get to experience the controllers unique capabilities in a new playable Oculus’ tech demo called ‘Toybox’, that allows users to manipulate objects, pull limbs off of robots, punch garden gnomes, and more.

No official word on pricing yet, however, Oculus Touch is expected to go on pre-order alongside the Rift, and will be released in the first half of 2016