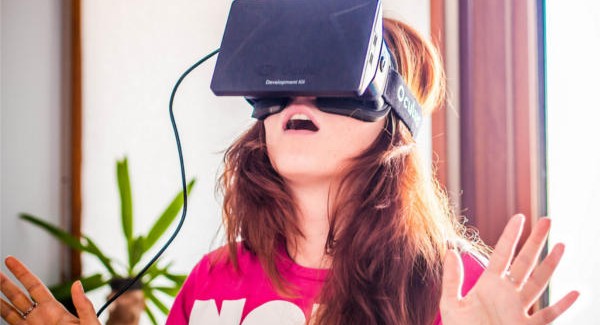 When Facebook announced plans to acquire Oculus VR for $2 billion, many fans and early supporters were stunned and initially concerned with the direction the virtual reality startup company was going—however, as the dust begins to settle we start to get a clearer, and even more ambitious vision for the future of Oculus and virtual reality.

Speaking at the recent TechCrunch Disrupt conference in New York, Oculus VR CEO Brendan Iribe described one of the company’s long-term goals to create a virtual world experience that reaches and connects 1 billion people together on a massive scale.

“This is going to be an MMO where we want to put 1 billion people in VR,” Iribe told attendees of the TechCrunch Disrupt conference. “We know with Oculus…if you’re putting on this pair of glasses and you’re gonna be face-to-face communicating with people, and you’re gonna be jumping in and out of this new set of virtual worlds, this is gonna be the largest MMO (massively multiplayer online) ever made,” Iribe said.

While Facebook’s global infrastructure and direct access to its 1.3 billion active users may have helped seal the deal for Oculus to join forces with the social networking giant—Iribe admits it is “going to take a bigger network than exists in the world today,” to achieve an MMO community that scales a billion-users, however, Facebook’s network is a great place to start in achieving this lofty goal, Iribe said.

It will clearly take some time before a VR MMO at this scale becomes a possibility. Oculus’s first step aims to hopefully convince people they’re having “real conversations” with another person in VR—achieving that sense of presence, and believability is the “holy grail” that Oculus is trying to get to.

Oculus also intends to remain committed to games as a top priority, however, the company realizes the importance of not limiting its potential reach to just a core audience. “Do you want to build a platform that has a billion users on it, or only 10, 20, or 50 million?” Iribe asked, referring to consoles and dedicated gaming devices not selling or nearly reaching as many users as the mobile market.

Virtual reality is a platform that will go beyond gaming, and into applications that will involve and hopefully benefit our daily lives. Oculus plans to lead the way through this VR revolution, and it looks like it’s going to be an exciting ride.

Oculus VR Responds to ZeniMax Allegations: The Claims are ‘False’