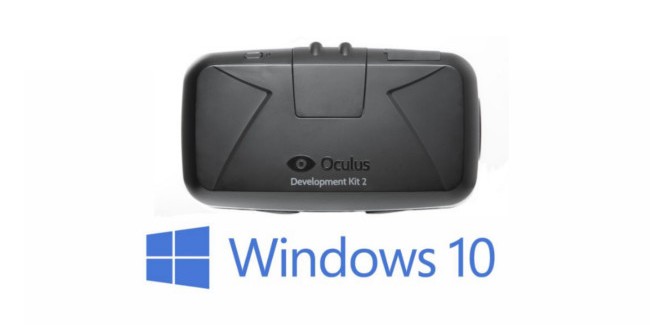 Were you planning to upgrade to Microsoft’s brand new Windows 10 operating system? Well, if you happen to be an Oculus Rift user, you may want to consider holding off a bit before making the big switch.

According to an official statement on the Oculus support page, the Windows 10 operating system is currently not yet compatible with the Oculus Rift development kit (DK2), however, the company is working diligently on fixing this temporary issue in order to bring native Rift support to the new platform.

“Our software team is working as quickly as possible to complete Windows 10 compatibility with our SDK and the Oculus Runtime,” the post stated. “As Windows 10 is not officially supported at this time, we strongly suggest that Oculus Rift Development Kit 2 owners do not upgrade from previous versions of Windows until we have the officially updated SDK and Oculus Runtime available.”

In June, Oculus announced its close partnership with Microsoft that would include an Xbox One wireless controller with every Oculus Rift consumer headset, which will launch in early 2016. In addition to working natively with Windows 10, gamers will also be able to stream Xbox One games on a large virtual cinema screen using the Rift.

No specific timeline on when we can expect the new Oculus SDK to support Windows 10 will be released, however, stay tuned for more updates, as this story develops.

‘Henry’ Taps into Your Emotion, and Makes You Want to Hug Him