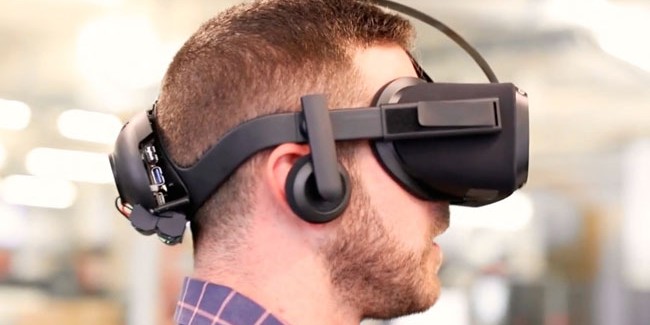 During the keynote presentation at Oculus Connect 3, Facebook CEO Mark Zuckerberg announced on stage that Oculus is working on a new, standalone virtual reality headset, which would eliminate the need for users to be tethered to a PC.

The new Oculus standalone VR headset codenamed ‘Santa Cruz’, is just a prototype at the moment, however, Oculus is looking ahead to offer consumers a VR experience that would provide a “sweet spot” between Samsung’s Gear VR, which requires a smartphone, and that of a high-end VR experience, like the Oculus Rift which requires to stay plugged to a PC.

The new standalone VR headset will be capable of inside-out tracking and is designed to be high-quality with portability in mind, so you can take it anywhere, yet still maintain a price point that is affordable to consumers.

During his keynote speech, Zuckerberg emphasized to the audience that an Oculus standalone VR headset isn’t coming anytime soon, so it’s a product that could still be a few years away.

“It’s still early,” said Zuckerberg. “We have a demo, we don’t have a product yet, but this is the kind of thing we believe will exist when you combine the hardware innovation we’re doing with Oculus with and the kind of next-generation software experiences and breakthroughs we’re talking about for the next generation of AR.”