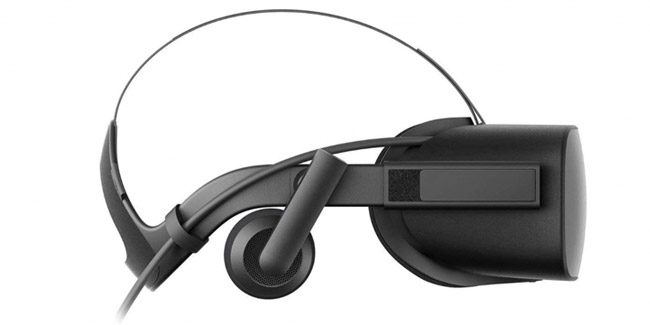 It’s been some time since Oculus founder Palmer Luckey’s departure from parent-company Facebook in 2017. However, despite moving on and starting a new defense technology company called Anduril Industries, Luckey still engages with the VR community and wants to offer help to Rift owners who bought a CV1 headset from him back in the day.

According to a post on his personal blog, Luckey says that he will provide free audio repair kits to out-of-warranty Oculus Rift (CV1) headsets, which reportedly suffer from a design flaw that has been known to cause problems with the audio cutting off in the headset’s right headphone for some Rift users.

The root cause of the audio issue, Luckey describes, is the result of long-term use of the Oculus Rift CV1, which he says often leads to failure of critical electrical components in specific a ribbon cable that winds through the headset’s strap. This issue most commonly occurs in the right headphone audio module causing signal loss, however, in some less common instances, both headphone audio modules have been known to fail.

While Oculus will offer a full headset replacement for hardware failures as long as the headset is under warranty, often this particular issue is not present until much later in the headset’s lifespan usually well beyond the warranty period, leaving longtime Rift owners having to find a new audio solution or attempt to repair the problem themselves.

Luckey’s RR1 repair kit solution is designed so that the “average PC gamer” can easily install it without hassle. The kit includes detailed instructions on how to carry out the repair and will act as a common ground between the left and right headset modules. It also could be used as a third-party headphone adapter on fully-functional Rifts, but Luckey says he has no plans to distribute the kit for that purpose.

Since this repair kit is considered a last resort option, Luckey recommends that you first make sure to contact Oculus Support directly about the audio issue that you are experiencing. If the company is unable to provide a viable fix and you’re still unsuccessful in resolving the problem, you then can forward your support ticket and a mailing address over to RiftRepairOne@gmail.com, so that Luckey can send you the RR1 repair kit free of charge.

So why is Luckey doing this, well, in his words, “I am doing this because I feel bad for people who bought a Rift from me and can’t use it properly anymore”…“Maximizing the number of people in the VR ecosystem is also important to me, and the people who have been using their headsets for years on end tend to be among the most engaged, most valuable users who dump tons of money into the content ecosystem,” he added.