Palmer Luckey to Make a 'Special Announcement' at The Game Awards on Dec. 3rd 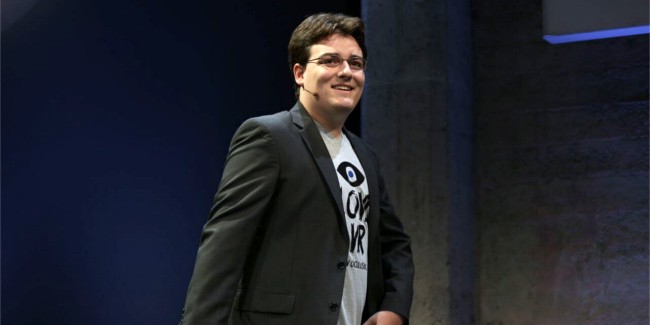 At this week’s Game Awards 2015 on Thursday, December 3rd, Oculus founder Palmer Luckey is scheduled to attend the event and make a “special announcement.”

The reveal was posted by Game Awards producer and host Geoff Keighley via Twitter today, which has many VR fans wondering if this could be the moment that Luckey finally reveals to the world the official launch date and price of the consumer version of the Oculus Rift virtual reality headset.

Some have speculated if the announcement could also be related to pre-orders opening for the Oculus Rift headset, however, Luckey made sure to scale back some of those expectations by posting a tweet of his own letting everyone know that while this is going to be a “really cool announcement”, its not going to be about pre-ordering the Rift just yet.

Be sure to the watch The Game Awards 2015 streamed live from the Microsoft Theater in Los Angeles on Thursday December 3 at 9pm ET/ 6pm PT via Twitch, YouTube, and across other streaming platforms.

Oculus and Harmonix Announce ‘Rock Band VR’ for the Rift