'Too much cool stuff going on,' Palmer Vows to Start Tweeting More 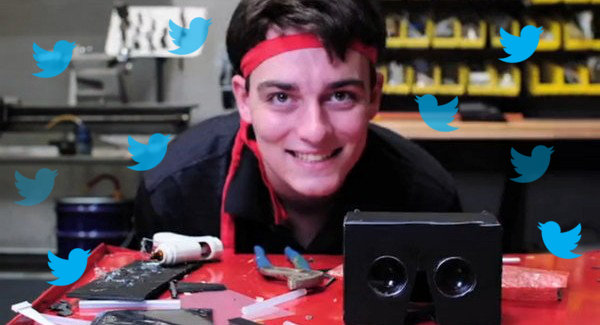 After a long hiatus of not actively participating within the Twitterverse, the one and only Palmer Luckey, Founder of Oculus VR made a surprise “announcement” on Monday via his official Twitter account revealing that he is going to start tweeting more often, and this time means it.

Okay, so you might be wondering if this article is even newsworthy?….Well, when Palmer speaks, or in this case tweets — it’s always news!

I am going to start tweeting for real. I have said this before, but this time, I mean business. Too much cool stuff going on to ignore.

Palmer Luckey is no stranger to actively engaging with the VR community. His willingness to take time to directly answer questions, address concerns, and even just participate in open discussions with developers, and fans of the Oculus Rift on forums like Reddit, is a pleasant reminder of how passionate Palmer is towards VR, and how loyal he remains towards all those who help support to bring Oculus where it is today.