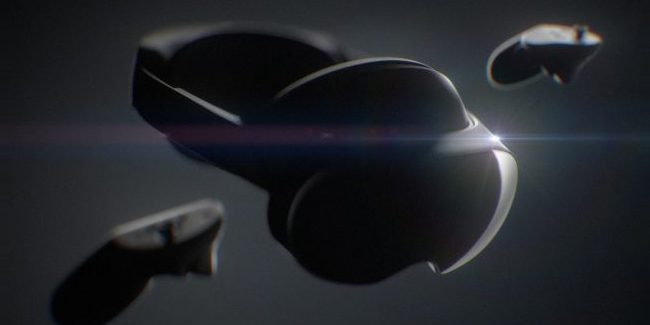 During today’s Facebook Connect conference, the company announced a new “high-end” standalone headset codenamed ‘Project Cambria’ is in the works and is said to be launching sometime in 2022.

The headset, which was teased briefly during the opening keynote, comes after months of speculation and several leaks revealed earlier this week about the device. Facebook CEO Mark Zuckerberg described Project Cambria as a “completely new advanced and high-end product” that will sit at the “high end of the price spectrum.”


Many of the features and capabilities of this new high-end product line will also serve as a testing bed for advanced VR/AR technology before the company considers bringing it to the Quest product line at an affordable price point.

While not many details about Project Cambria are available yet, the company did reveal some exciting capabilities to expect. New additional sensors in the device will allow for better eye and face tracking, resulting in more realistic avatars that simulate natural eye contact and real-time facial expressions in the virtual world. It will also feature high-resolution, colored Passthrough for improved mixed reality experiences, including a multi-layer display technology called pancake optics that involves folding light several times over to achieve a slim and more compact form factor.

Facebook says that it plans to share more information about Project Cambria next year. In the meantime, the company mentioned that it is currently working with developers to build experiences for the new headset.