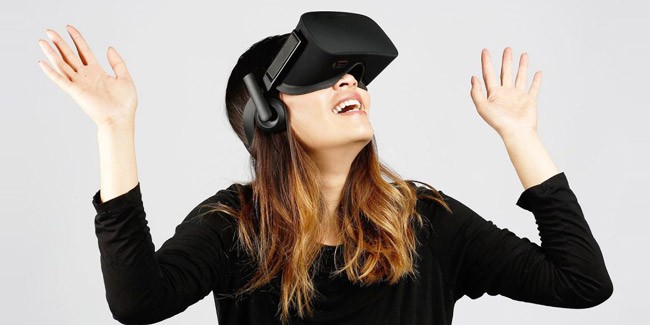 Today marks two years since Oculus launched the consumer version of the Rift virtual reality headset. To celebrate the special occasion, the company has announced that it’s kicking off its anniversary with new games, content updates, and deep discounts, including a huge raffle for a chance to win prizes.

Let’s start things off with the big discounts of up to 75% off on some of the most popular VR titles in the Oculus Store including Lone Echo, The Mage’s Tale, and Star Trek: Bridge Crew. The company has also put together four curated bundle packs to choose from, dozens of daily deals, and much more to celebrate the occasion.

Joining the Rift two-year anniversary celebration are new content updates to OrbusVR and Ultrawings. OrbusVR, a fully-realized MMORPG for virtual reality, will be rolling out a new Shard Dungeons update on March 30th, which includes new levels, new gear, and new enemies to fight against. As for the high-flying arcade flight sim, Ultrawings, it’s getting a new agricultural-themed island to explore, the speedy Gee Racer aircraft, and over a dozen air races scattered across the world. The update also adds HOTAS (Hands-On Throttle and Stick) support for those expert fliers at home with the right setup.

In addition, the popular tactical military-sim Onward has a brand new graphics update in the works that is said to be coming soon. Plus, Oculus revealed that LA Noire: The VR Case Files is officially coming to the Rift on March 29th.

Last but certainly not least, Oculus is holding the ‘Rift Gold Rush’ event, which is a big raffle giveaway where Rift owners will get a chance to win part of $28,000 in prizes including Oculus Store credit, a brand-new gaming PC, and the exclusive ‘Golden Account’ that unlocks 100 Oculus Rift games for free.

To participate in the first series of this week’s ‘Rift Gold Rush’, you simply have to jump into Brass Tactics free weekend and play a multiplayer match anytime from 1:00-2:00pm PT on March 31st for a chance to win. Oculus says that more ‘Rift Gold Rush’ events will be running over the course of the next few weeks, so be sure to keep checking back for more ways to participate and a chance to win.

For those that still don’t yet own an Oculus Rift headset, you’ll be glad to know that from now through April 3rd, every Rift purchase from oculus.com and select retailers, will receive a $50 USD Oculus Store credit to get you started.