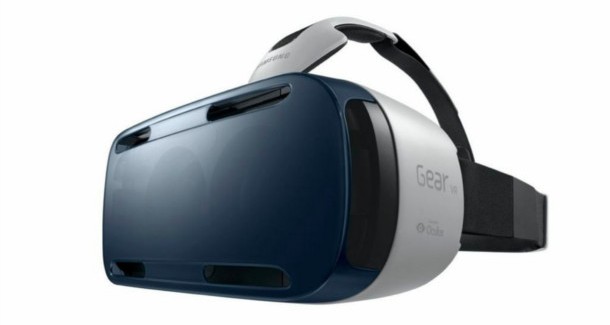 Samsung announced the release of its Oculus-powered Gear VR headset for under $200 and is now available directly from the Samsung website and AT&T. The Gear VR “Innovator Edition” is designed to be plug and play, and transform your Samsung Galaxy Note 4 into a fully immersive 360-degree virtual reality experience.

In collaboration with Oculus VR, Samsung worked on bringing Gear VR to the mobile consumer market, which was officially announced in September. The Gear VR features optical lens with a 96˚ degree FoV (Field of View), its own touchpad, volume adjuster, focus adjustment wheel, and dedicated back button. Along with a built-in accelerator, gyrometer, magnetic and proximity sensors to enhance the 360-degree experience for the user.

“With Gear VR Innovator Edition, Samsung is putting the device in the hands of creators to craft amazing experiences, as we define this new mobile category together,” said Justin Denison, Samsung Telecommunications America vice president of product strategy and marketing, in a statement.

“This is a great opportunity for the enthusiast community, developers, and Samsung to get feedback and continue to innovate in this exciting new space.”

Samsung is also planning to launch a new virtual reality video service called Milk VR for its Gear VR platform. The company promises to deliver immersive, high-quality 360-degree video specially for VR, including exclusive content related to music, sports, action, and lifestyle. Gear VR users will have the option to discover content through Milk VR, including the Oculus App store.

For anyone currently without a Galaxy Note 4, the combination of having to purchase the smartphone and the Gear VR headset is fairly pricey. However, for those who want the best mobile experience for virtual reality currently available on the market, then Samsung has you covered.