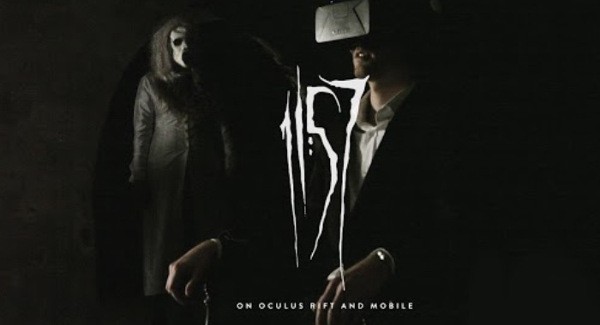 Just in time for Halloween, 11:57 is a virtual reality short horror film that gives viewers the feeling they are inside the terrifying scene.

The 4-minute long horror film was made specifically for the Oculus Rift and mobile in mind, offering viewers the ability to control the camera at full 360-degrees as the nightmare unfolds around them. The film claims “You can scream, but you cannot look away”.

The short film was directed by Sofia Gillstrom and Henrick Leichsenring and produced by the Amsterdam branch of international ad agency Sid Lee, a collective initiative that gives Sid Lee employees the opportunity to produce their own creative projects.

The official site for the short horror film warns viewers not to watch 11:57 if they suffer from any heart conditions, seizures, or other types of mental, physical, repository, and/or medical problems.

As VR begins to become more mainstream we can expect more filmmakers to embrace virtual reality technology as a way to deliver unique, and creative experiences to viewers.