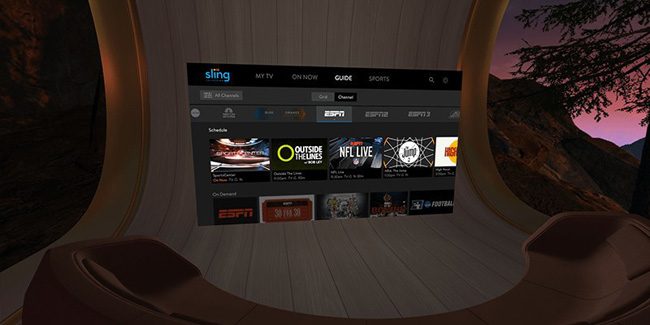 Back in June, Oculus launched its Oculus TV app, a dedicated hub for watching flatscreen 2D shows and movies from various streaming providers in virtual reality, on the standalone Oculus Go headset. Now, Sling TV, ESPN (including ESPN+), and Fox Now are joining the lineup, allowing more ways to watch live TV, sports, and on-demand content on the Go.

Oculus Go owners will need a subscription to access each streaming service, but Oculus is offering an $80 credit towards Sling TV with the purchase and activation of any Oculus Go headset between now and January 15th, 2019.