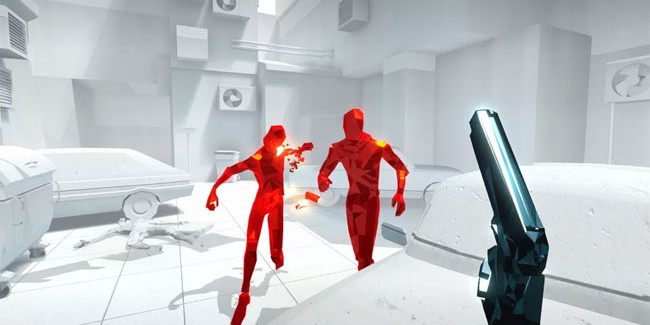 The studio behind the popular first-person shooter (FPS), SUPERHOT recently announced the virtual reality version of the game will be making its way to the Oculus Rift as an exclusive title available by the end of 2016.

A VR version of SUPERHOT has been highly-anticipated since back in 2014 when the studio first pledged support for the Oculus Rift via their successful Kickstarter crowd-funding campaign which raised over 250k to develop the game.

According to the dev team, SUPERHOT is completely redesigned from the ground up for virtual reality. Players will be immersing themselves deep into the stylized world, as they dodge and battle their way through an intense stream of incoming enemy bullets in slow-motion, time-bending action.

“We’re now working super close with the guys at Oculus to release Superhot VR later this year,” the studio wrote in a blog post. “We’re really trying to capitalize on all of the new design possibilities that Virtual Reality is giving us. The level of game immersion that you get from playing SUPERHOT in VR is simply crazy. Recently, we played around with holophonics type of sounds in SUPERHOT. Thanks to that you will be able to for example ‘locate’ a passing bullet just by the noise it creates.”

On Reddit, while the Superhot team confirmed that all their attention is focused on the Oculus Rift, they did, however, seem to hint the game could possibly come to other VR devices at some point in the future. “For now, we concentrate on Oculus,” said Superhot’s PR officer Szymon Krukowski.