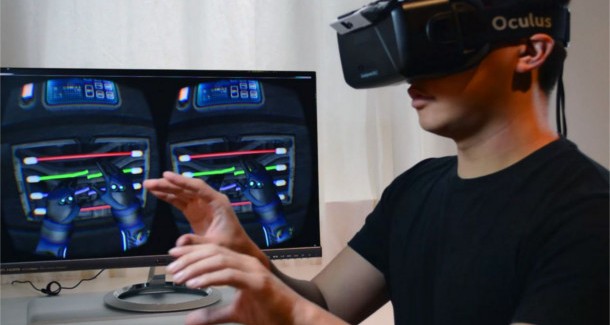 If you expected Oculus to reveal its own VR input solution during GDC 2015 next week, then you may want to set your expectations back to reality.

According to a comment posted on the Oculus Subreddit, Luckey directly responded to the VR community not to “…get too hyped on the possibility of seeing anything at GDC”—regarding its own VR controller solution for the Oculus Rift. He went on to say, “VR input is hard – in some ways, tracking hands well enough to maintain a sense of proprioceptive presence is even more technically challenging than getting perfect head tracking.”

While Oculus may not be ready to demonstrate its own VR input controller, there are a number of third-party VR input solutions currently in development to support the Oculus Rift ranging from wireless motion tracking systems like Sixense STEM, including full-motion tracking suits similar to PrioVR, and Control VR—just to name a few.

However, Oculus seems determined to deliver a superior product when the time is right. Luckey goes on to say, “We will show something if and when we get it working well, but we have to avoid showing off prototypes that are not on a clear path to being shipped at the same or higher quality level. Throwing together very expensive or impossible to manufacture prototypes for internal R&D is one thing, using them to publicly set expectations around the near future is another,” he added. “Not naming anything specific here, but the history of technology is littered with the corpses of companies that overpromised and underdelivered by shipping real products with real limitations that were glossed over in promotional materials. Oculus can’t afford to do that.”

For now, it may take quite some time before we see a first-party VR input solution from Oculus, but we remain optimistic the company is taking the necessary steps in the right direction to make it happen. At the end of 2014, Oculus acquired Nimble VR, a start-up company known for its skeletal hand-tracking software, and depth-sensing camera system called Nimble Sense.

While there has not been any details on how this new acquisition will play a specific role at the company yet, we can expect the acquired technology to potentially be a key factor in the future plans Oculus has for VR input.

Facebook Is Working on Virtual Reality Versions of Its Apps