Every Game Announced at Facebook Connect for Quest and Rift Platform 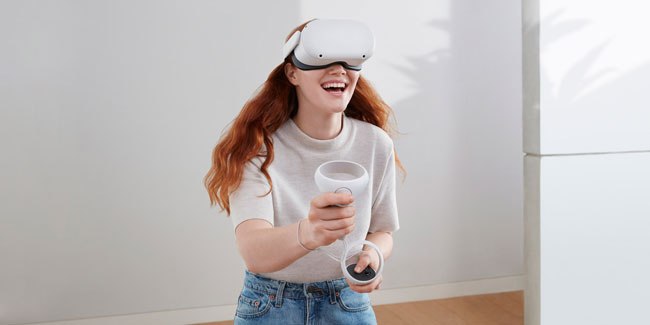 Oculus’ parent company Facebook announced plenty of exciting new titles coming to the Quest and Rift platform at this year’s annual Facebook Connect event, alongside the reveal of the company’s second-generation standalone VR headset, Oculus Quest 2, which launches next month.

The Quest platform is proving to be a success not only for Facebook but also for gaming developers and publishers. According to Facebook CEO Mark Zuckerberg, over 35 games on Oculus Quest have generated more than $1 million in revenue from Quest content alone. And while Facebook has decided to make the strategic decision to shift away from Rift PC-based hardware to focus on standalone VR headsets moving forward, the company says that it will continue to support the Oculus Rift platform for PC VR experiences. Using the Oculus Link cable, people will be able to use a compatible gaming PC to play Rift platform titles on their Quest standalone headset well into the future.

Below is a list of games announced at this year’s Facebook Connect for Quest 2, including a few for the Rift platform:


POPULATION: ONE, from BigBox VR

POPULATION: ONE is battle royale only possible in VR. Its unique Vertical Combat System gives players unparalleled freedom and mobility to climb anything, fly anywhere, and fight everywhere. Use your environment creatively to gain the high ground advantage and build strategic cover to protect your squad. Set in a colorful, near-future world, you and your squad must fight together to survive until the end.


Star Wars: Tales from the Galaxy’s Edge, from ILMxLAB

Get ready to experience an all new adventure in the Star Wars galaxy with an original story featuring both new and iconic characters, brought to you by award-winning studio ILMxLAB. Star Wars: Tales from the Galaxy’s Edge is coming to the Quest platform this holiday season.

Welcome to Myst: the starkly beautiful island, eerily tinged with mystery and shrouded in intrigue. Explore the deeper connections and uncover a story of ruthless family betrayal. With new art, sound, interactions, and even optional puzzle randomization – the highly anticipated Myst VR experience has finally arrived. The PC classic has been revitalized from the ground up for VR and will release on the Quest platform in December 2020.


The Climb 2, from Crytek

Feel your grip, swing for the next hand-hold, and pull yourself up to new heights in The Climb 2, now with new features, maps and unlockables, the sky is truly the limit. Compete with friends and conquer leaderboards in asynchronous multiplayer modes. From exploring mountain environments to scaling urban settings, feel the rush of climbing without ropes, and experience breathtaking vistas as you scale new heights.

Don the power armour and embrace the weapons of a Battle Sister, an unstoppable warrior devoted to the protection of mankind. Experience an epic action adventure steeped in intrigue. Fight across galaxies, alien planets and mighty battleships to save humanity. Explore the rich 40k universe, lore & storytelling for the first time ever in VR.

In 2089, a plague of killer androids has overrun an off-world colony, leaving only one hero with the mettle needed to shut it all down. Coming this holiday season, Pistol Whip 2089 expands Cloudhead’s acclaimed rhythm-shooter with a gritty sci-fi action campaign, featuring new weapons, a new robotic threat, and a new synthwave-inspired soundtrack. Prepare for the orbital assault and become the ultimate action hero.


Medal of Honor: Above and Beyond, from Respawn Entertainment & Oculus Studios

Medal of Honor: Above and Beyond brings the historic battlefields of World War II back to the forefront for an epic AAA experience like no other. You’ll play as an Allied agent of the Office of Strategic Services (OSS), tasked with infiltrating, outgunning, and outsmarting the Nazi war machine. As you complete your tour of duty across Europe, you’ll collaborate with the French Resistance, working to sabotage Nazi operations from behind enemy lines.

In addition to both a full narrative campaign and multiplayer modes, Medal of Honor: Above and Beyond includes a unique story gallery, letting you sit with WWII veterans and survivors to hear their stories while witnessing first-hand the events and locations that have shaped our history.

Travel through the unforgiving world of The Walking Dead in the flooded remains of New Orleans. Explore, fight, and make impossible choices to stay alive. When every decision is life-or-death, will you live as a Saint or Sinner?

The Walking Dead: Saints & Sinners originally launched earlier this year on the Rift platform, but now it’s making its way to the Oculus Quest platform on October 13th, just in time for the launch of the Quest 2.

Level up the competition! Beat Saber’s long-awaited multiplayer multiplayer mode launches in less than a month. Now, you can finally experience the fun with friends or random opponents on October 13th.

“One bullet can change the course of a war.” No pressure, but in Rebellion’s Sniper Elite VR the fate of the world lies in your hands. Set in World War II-era Italy, you’re tasked with liberating your homeland one well-placed bullet at a time. Take a deep breath, steady your aim, and hope nobody is within earshot as you explore intricately crafted levels full of tactical possibilities. And of course, it wouldn’t be a Sniper Elite game without the X-ray kill camera. Don’t worry, that’s been redesigned for VR as well. Sniper Elite VR will release on Quest and Rift platforms.

Ubisoft is bringing two of its AAA franchises to VR, Assassin’s Creed and Tom Clancy’s Splinter Cell, which will both be exclusive to the Oculus platform. No launch date yet, but the company promises to share more details soon.

Oculus’ fanbase in japan is growing strong, and the company reaffirmed its commitment to funding VR development in Japan by announcing partnerships with several Japanese developers and publishers to bring some well-known popular Japanese franchises to the Oculus Quest platform. Games like Kizuna AI – Touch the Beat!, Rez Infinite, Space Channel 5 VR Kinda Funky News Flash!, and Little Witch Academia VR will be available on October 13.

Other exciting Japenses titles coming to the Oculus platform, include ALTDEUS: Beyond Chronos, Puzzle Bobble VR: Vacation Odyssey, and many more games are promised to arrive in the future.