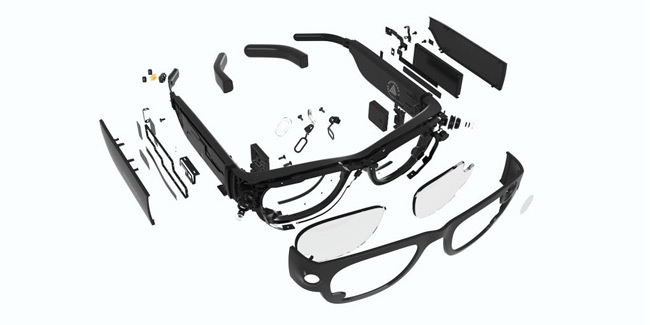 During this year’s annual Facebook Connect event on Wednesday, Oculus’ parent company Facebook announced ‘Project Aria,’ a new research project that will help the company to understand how to build the necessary software and hardware for wearable augmented reality (AR) devices.

According to Facebook, Project Aria glasses are designed purely for research purposes and not a consumer-ready product. The company further made the point to emphasize that these glasses are not even considered a prototype. Facebook states that these glasses are a research device that will utilize sensors built-into the frame to capture audio and video from the wearer’s point of view, as well as eye movement and location-based data. By doing so, the Facebook Reality Labs research team will be able to figure out and understand not only how to build a fully functional pair of augmented reality glasses with all the right components, but also ensure how it will perform in the real world.

LiveMaps, which was originally announced at last year’s Oculus Connect conference, will be integral to helping people use augmented reality glasses in the real world by helping to bridge the physical and virtual divide to bring people closer together. Using machine perception, LiveMaps constructs a virtual representation of parts of the world that are relevant to the wear, allowing future AR devices to be able to efficiently see, analyze, and understand the world around them and ultimately better serve those who use them.

Facebook will also be partnering with Carnegie Mellon University’s Cognitive Assistance Lab to build 3D maps of museums and airports. The data gathered will be used to explore and understand how AR technology can benefit people with varying physical abilities, such as those with visual impairments, better navigate their surroundings.

Starting this month, the company says it will begin real-world testing of its Project Aria glasses with a select group of specially trained Facebook employees and contractors to gather data that will help the company’s researchers and engineers understand how the future AR can work in practice within everyday society. The company hopes that the research will help address technical and ethical issues that may arise in areas like hardware technology and design, data collection, and privacy protections for users and the general public before an AR device like this hits the market.