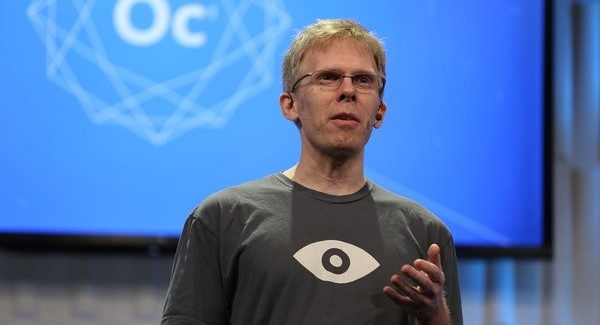 John Carmack has announced that he is stepping down as chief technology officer at Oculus, and will transition into a consulting role for the company as he devotes his attention to Artificial General Intelligence (AGI), which is an advanced form of AI that is capable of learning and understanding intellectual tasks at a human level.

Carmack, who joined Oculus back in August 2013, and played a major role in pushing the future of virtual reality technology forward, announced his decision to move into a “consulting CTO” position on his personal Facebook page. According to Carmack, the new consulting role with Oculus will allow him “a voice in the development work,” but it will only consume “a modest slice” of his time.

“When I think back over everything I have done across games, aerospace, and VR, I have always felt that I had at least a vague ‘line of sight’ to the solutions, even if they were unconventional or unproven,” Carmack wrote. “I have sometimes wondered how I would fare with a problem where the solution really isn’t in sight. I decided that I should give it a try before I get too old. I’m going to work on artificial general intelligence (AGI)”.

“I think it is possible, enormously valuable, and that I have a non-negligible chance of making a difference there, so by a Pascal’s Mugging sort of logic, I should be working on it”, Carmack added. “For the time being at least, I am going to be going about it Victorian Gentleman Scientist style, pursuing my inquiries from home, and drafting my son into the work.”

While Carmack suggests that he will continue to have a role with Oculus, this high-profile executive change represents the latest departure or transition by one of the earliest key figures at the company. Carmack’s move follows the departure of Nate Mitchell, the last of the original Oculus founders to leave the company.