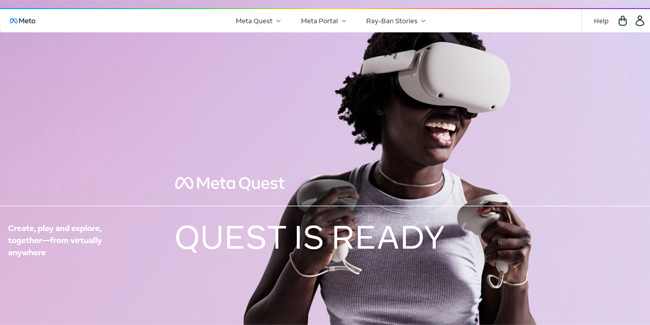 Alongside the announcement of the company’s first physical store, Meta has taken another significant step towards completely dissolving the Oculus brand.

Those visiting the Oculus.com website will now be redirected to a new ‘Meta Store’ website. The new site is home to Meta’s entire lineup of hardware products and devices, which right now just includes the Quest 2 virtual reality headset, Portal, and Ray-Ban Stories.

The launch of the storefront website happens to coincide on the same day the company announced that it would be opening its first physical retail store in Burlingame, California, which will also feature all its latest hardware products.

As it appears, it looks like the Oculus brand is hanging on mere life support. Ever since Meta first announced back in late 2021 its plan to phase out the Oculus branding, we’ve seen the company gradually replace the beloved Oculus brand with the Meta name, including rebranding its flagship VR headset Oculus Quest 2, as Meta Quest 2.

But not all is lost quite yet. Although Oculus.com now redirects visitors to the new URL, the Oculus.com domain still appears to showcase the company’s vast catalog of VR game titles and experiences, including the Oculus blog and its VR developer resources. Additionally, the Quest companion smartphone app, which is required to use the VR headset, still has the Oculus brand as the name. Though it’s safe to say that it’s likely only a matter of time before the remaining remnants of what’s left of Oculus will be gone forever and replaced with Meta branding by the year’s end.