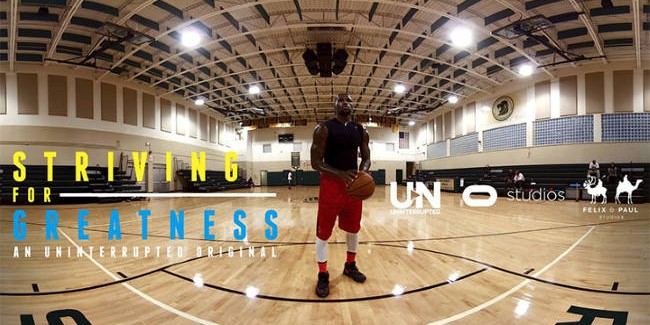 Oculus and NBA superstar LeBron James have teamed up to create a brand new 360-degree experience for the Samsung Gear VR, that gives fans a glimpse into how James prepares for his 13th NBA season.

Developed in collaboration with Oculus Studio, Uninterrupted, and directed by renowned VR studio Félix and Paul, the 12-minute documentary called “Striving for Greatness: An Uninterrupted Original” offers a unique experience by immersing the viewer to freely look around within the 360-degree footage, which showcases James’ intense daily training regimen and interviews with trainers and King James, himself.

“Striving for Greatness is an immersive 360° virtual reality film that invites you to follow LeBron as he trains for his journey to greatness. Available on Samsung Milk VR,” Samsung said in a statement.

Gear VR owners will be able to simply download Striving For Greatness through the Oculus Store, or access it through Samsung’s own Milk VR app.

Lucky’s Tale Will Come Bundled with Every Oculus Rift