Lucky's Tale Will Come Bundled with Every Oculus Rift 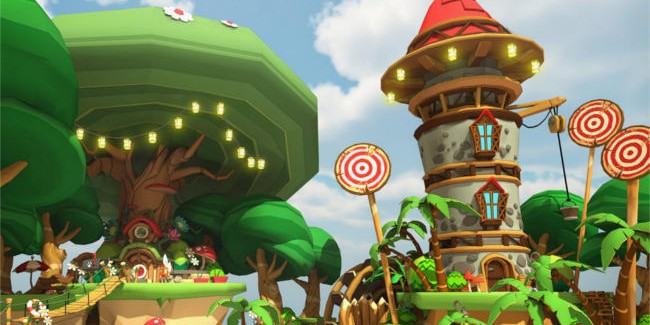 Today, Oculus has announced that Lucky’s Tale, a VR platformer developed by Playful Corp., will be bundled for free with every Oculus Rift virtual reality headset shipped at launch.

Lucky’s Tale is a delightful third-person adventure game designed exclusively for the Oculus Rift. The game features Lucky, a “fun-loving” fox who is on a quest as he runs, jumps, climbs, spins, and collects gold coins through an immersive bright, colorful world filled with unique challenges—reminiscent of classic 3D platformers such as Banjo Kazooie, or Mario 64.

“We always believed there was an opportunity for platformers in VR, but it wasn’t until playing Lucky’s Tale and working with the Playful team that we truly realized its potential to change how people view this genre of gaming forever,” Oculus founder Palmer Luckey stated in the official blog post.

“Lucky’s Tale delivers on everything you want in a next-generation VR game—it’s thrilling, full of adventure, and incredibly fun to play.”

The announcement of Luckey’s Tale makes this the second game the company plans to bundle with the Oculus Rift at launch. Earlier this month, Oculus also revealed that EVE: Valkyrie will be included with all pre-orders of the Rift—adding even more incentive to early adopters that are eagerly awaiting to get their hands on the highly-anticipated VR headset.

There is still no official launch date for the consumer version of the Rift to hit the market, but Oculus says that it still remains on track for a Q1 2016 release.

Oculus Delays ‘Touch’ VR Controllers Until Second Half of 2016