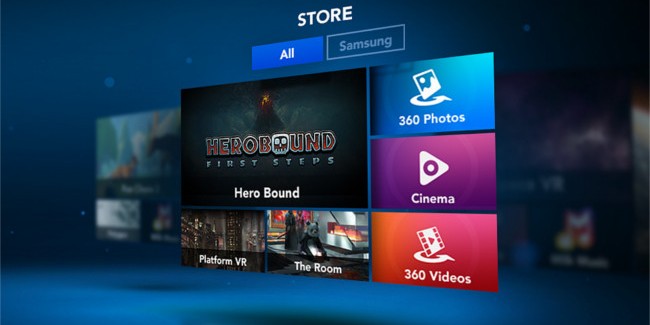 Oculus recently announced that it has officially started rolling out support for paid content on the Gear VR app store to territories outside of the United States. This feature now allows Gear VR owners from around the world the ability to buy, and sell premium VR apps, games, and experiences right from the Oculus app store on the Gear VR.

“Since introducing commerce to the Oculus Store available on the Gear VR Innovator Edition, the team’s been working on expanding support to the rest of world,” Oculus wrote in a recent blog.

“We’re excited to announce that as of 4/20, the global commerce rollout has begun. You can now buy and sell apps, games, and experiences on the Oculus Store in all countries where Gear VR is sold.”

A number of VR titles are currently available for purchase worldwide on the Gear VR, such as Viral by Fierce Kaiju, Darknet by E McNeill, and Gunner by nDreams just to name a few. Oculus promises it will continue to add support and features for commerce in the months ahead.

While the second version of the Gear VR, designed to support the Galaxy S6 and S6 Edge is expected to launch in the US on May 8th, currently, there is no specific date for its international release announced at this time. Stay tuned for more details soon.