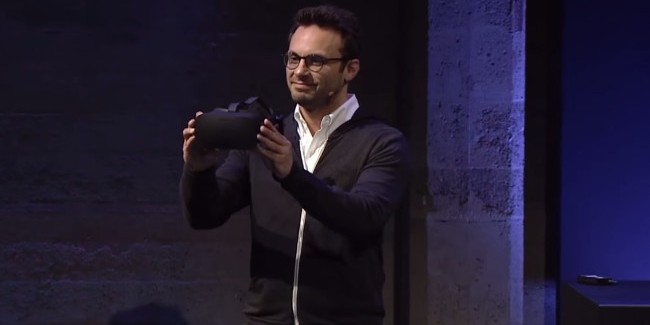 With the consumer version of the Oculus Rift set to release sometime in early 2016, there’s no question that fans and VR enthusiasts are anxiously waiting to get their hands on the Rift on Day One.

However, while some may still decide to hold out for the technology to mature a bit more, it appears they may not have to wait too long before the next iteration of the virtual reality headset is possibly introduced.

According to an interview with GameInformer, Oculus CEO Brendan Iribe offered some insight as to the typical hardware cycle consumers can expect as virtual reality technology, and the industry begins to quickly evolve.

“This isn’t going to be the console five, six, seven year life cycle. VR is going to move too fast. It’s going to innovate and evolve really rapidly,” said Iribe.

“We’re going to come out with another prototype some amount of time after we ship the Rift, and then we’re going to come out with another consumer product. We want to move quickly here, but we also want to give developers time to create content and ship against an install base. If we move too quickly, we need to always ensure absolute backward compatibility, so that everybody’s content works on the next generation as we’re updating.”

Iribe went on to say, “There’s that happy medium between the console life cycle, which is far too long, and the smart-phone cycle, which is every six months or so. That’s a little too short for where VR is going to begin. It’s somewhere in between. We’re still trying to figure when our version two would come together and what features will land in it. If there’s a feature that would take an extra three to five months, we might push out the schedule if it’s that compelling of a feature. It’s too early to tell now.”

While Oculus VR is always looking ahead toward new innovations and features to incorporate into a future version of the Rift, there is definitely no specific schedule in place. The company’s main focus right now is to deliver the best VR experience possible when it ships the consumer Rift early next year, along with its own VR Input solution the Oculus Touch, which will be made available in the first half of 2016.