Oculus CEO Says VR Will Be in 'Almost Every Household' 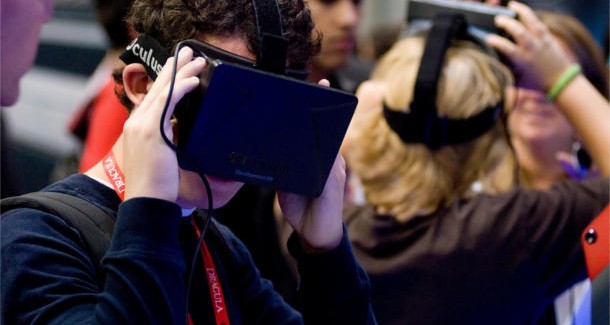 Oculus VR is focused on delivering a virtual reality platform that will change the world. With Facebook’s $2 billion partnership acquisition, a dream-team roster of the gaming industry top talent joining forces, and superior technological advancements in VR hardware, it seems Oculus and the VR industry as a whole are on its way toward achieving greatness.

In an interview with GamesIndustry International, Oculus VR CEO Brendan Iribe, believes that virtual reality will “take off like wildfire” and could eventually become as common in the mainstream as home computers and smartphones.

“There’s no holding this back,” Iribe said. “This is going to take off like wildfire and it is going to be, within some number of years, almost every household out there will be enjoying VR. Everybody will have experienced VR just like they have experienced the computer or the mobile smartphones. It’s going to be that powerful that fast and there’ll be sensational topics that show up just like there are around computers or around console gaming or around the mobile phone.”

When asked about issues regarding privacy, security, and even how parents can protect their children from accessing certain VR content, Iribe expressed with confidence that Oculus is prepared to tackle all these concerns head-on.

“We’ll put all kinds of parental management and security and privacy features in the system,” he said. “We’re very aware of that and we’re going to try to build a platform that really caters to parents…This is a technology, it’s one of those things where some people [say,] ‘But yeah, aren’t you worried that X, Y and Z could hold this back?’ You cannot hold back VR. You can’t hold back cellphones. You can’t hold back the PC. It’s going to happen. It’s either Oculus or it is somebody else.”

While virtual reality technology is gaining a lot of excitement, and other major companies like Sony with its Project Morpheus headset for Playstation 4 and Samsung’s plans for a VR headset for its flagship phones are jumping into the VR race — not everyone is ready to give their full endorsement for VR quite yet. Recently, legendary Nintendo designer Shigeru Miyamoto gave his opinion on virtual reality, by expressing interest in what VR technology can do, however, believes it is geared more toward a solo and somewhat anti-social experience which is in direct contrast with Nintendo’s philosophy with what they’re trying to achieve with Wii U.