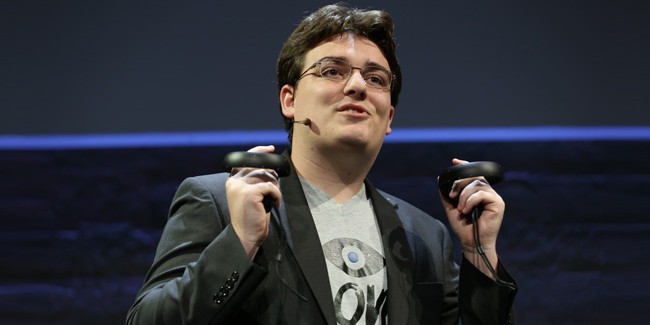 Palmer Luckey, the founder of Oculus and creator of the Rift virtual reality headset, is departing from the company he helped build after nearly three years since he sold his virtual reality startup to Facebook for more than $2 billion.

An Oculus spokesperson confirmed Luckey’s departure from its parent company Facebook and sent an official statement that said the following:

“Palmer will be dearly missed. Palmer’s legacy extends far beyond Oculus. His inventive spirit helped kickstart the modern VR revolution and helped build an industry. We’re thankful for everything he did for Oculus and VR, and we wish him all the best.”

It’s unclear whether Luckey’s departure was voluntary or not—a Facebook spokesperson declined to clarify any further details regarding the matter, however, it was confirmed that Friday, March 31st, will be Luckey’s last official day with the company, according to Upload VR.

After being the face of the company since Oculus’ highly-successful Kickstarter campaign in 2012 and arguably considered the industry’s most prominent virtual reality evangelist, Luckey’s public role at Oculus had noticeably reduced from the spotlight after it was revealed in September 2016 that his association with a political, non-profit group called “Nimble America” had involved funding a billboard opposing Hillary Clinton during the 2016 presidential campaign. The controversy at the time stirred some heavy backlash from the VR community, which prompted Luckey to issue an apology.

As a result of the negative attention, Luckey ended up skipping the third annual Oculus Connect (OC3) developer conference two weeks later to avoid being a distraction at the event and has since then kept a very low profile.

In January, Luckey re-emerged into the public eye when he had to testify as part of the lawsuit brought against him and Oculus by ZeniMax Media for allegedly stealing intellectual property in order to develop the Rift. Although the jury found that Oculus did not misappropriate any trade secrets, the jury did decide that Luckey had violated a non-disclosure agreement. The lawsuit resulted in a $500 million award to ZeniMax, which Facebook has said will appeal the decision.

While it’s uncertain at this time what Luckey will do next considering that he is no longer involved with Facebook or Oculus, one thing for sure is that this won’t be the last we’ll hear from him. The future of virtual reality still has a long road ahead and hopefully, Luckey’s passion for VR and his influence on the industry will continue to push forward.

Regardless of what your opinions may be of Luckey’s recent personal actions or his political views, there is no denying that he has played a significant and influential role in reigniting the imagination and innovation of an entire industry in an effort to bring virtual reality to everyone. And for that, we say thank you, Palmer.