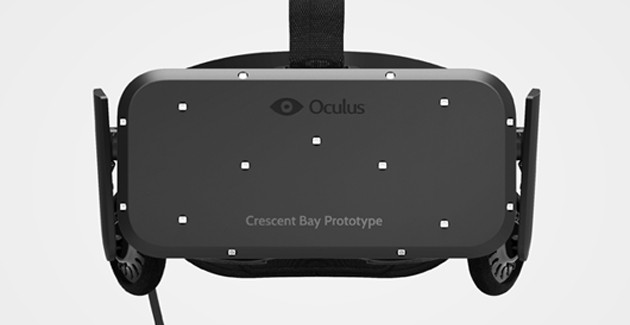 During a Q&A session at SXSW 2015, an Oculus VR panel including VP of Product Nate Mitchell and Oculus founder Palmer Luckey confirmed that the ‘Crescent Bay’ prototype of the Oculus Rift headset, does in fact come equipped with two displays.

According to Mitchell, “Crescent Bay is a two screen headset, that’s news.” He goes on to say, “It’s been rumored in the community for a long time. Early on we thought one screen was the way to go but ultimately we moved to a two-screen system.”

“It’s super obvious,” Luckey added. “There are pictures that show it, people just haven’t been analysing it well enough.”

The use of two displays is a departure from Oculus’ previous development kit designs—the DK1, and DK2 both only use a single display. For example, the Rift DK2 is directly using a single Samsung Galaxy Note 3 display, with the 1920 x 1080 resolution split to 960×1080 per eye. The benefit of utilizing two displays should now significantly increase the pixel density. However, no specifics about the display were discussed by the panel during the Q&A session.

Luckey, Still ‘Pretty Confident’ the Consumer Rift Will Be the Best HMD