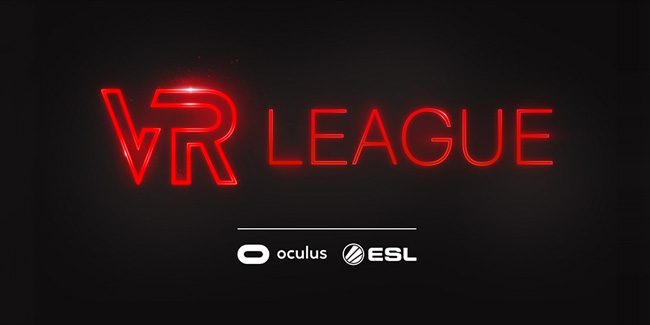 Last year Oculus, in partnership with ESL and Intel, launched the VR Challenge League, the world’s first large-scale VR esports event. After a successful premiere season, Oculus has announced that it has once again teamed up with ESL to bring the newly rebranded ‘VR League’ back for a second season.

VR League: Season 2 will feature a prize pool in excess of $220,000 USD, a more flexible tournament structure, and an expanded game lineup of up to seven titles across five-months of intense competition—including The Unspoken, Sprint Vector, Echo Arena, the highly-anticipated Echo Combat, along with two other “to-be-determined titles”. All this leads up to the season’s grand finale that will be held at Oculus Connect 5 later this year.

The competition kicks off today, May 18th, with a month-long of competitive sorcery combat in The Unspoken, followed by a month of fast-paced parkour racing Sprint Vector starting on June 4th.

Echo Arena also returns starting on May 20th for four-weeks of competitive matches. Last year, this three-vs-three tactical, zero-G title bought a total of 258 players across 98 teams worldwide to compete. Oculus and ESL are looking to build upon that initial success as it continues to help grow the community. Additionally, the upcoming Echo Combat and two other titles will be unveiled for prized competition on ESL Play sometime in July and August.

“Oculus is committed to fostering long-term growth of the VR esports ecosystem, and Season 2—with its new format and additional games—is an amazing next step on this exciting journey,” says Oculus Head of Esports Christopher K. McKelvy in a statement.

The VR League will also help support the VR Master League and the grassroots community surrounding the popular military-sim, Onward, via the Onward Invitational event from June 16th–17th. The live event will be held at the ESL UK Studios, also benefiting Stack Up, a charity supporting US and Allied veterans through gaming.

To learn more and sign up to participate in this year’s competition, head over to the official VR League website.