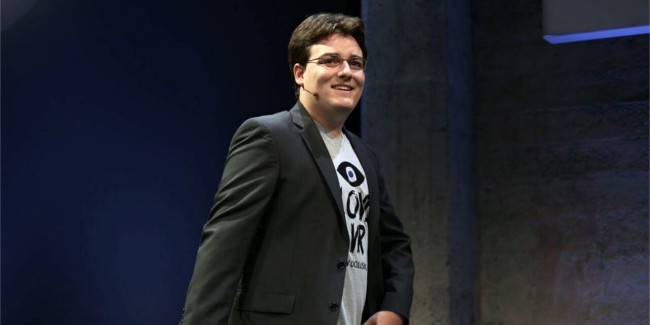 Oculus founder and Rift creator, Palmer Luckey, took to the internet yesterday to ask the VR community whether he should purchase HTC’s Vive—and not just the headset, but the entire business.

According to a recent Bloomberg report, HTC is rumored to be looking into the possibility of selling its Vive virtual reality business or spinning off the division, citing sources familiar with the matter. Now, in an interesting twist, it looks like Luckey is pondering the thought of what if he were the one to purchase the company himself.

In a Reddit post on the r/Oculus and r/Vive subreddit, Luckey asked the community: “What do you guys think, should I buy Vive?,” in which he later clarified he is indeed referring to the company, and not just a Vive headset. In fact, he noted that he actually already owned one, which is no surprise considering his extensive collection of VR headsets.

On Twitter, Luckey also asked a similar question and posted a Twitter poll to see what the response would be. Of the 6,493 votes given, 56% voted yes to buying the company.

Should I buy HTC Vive?

This isn’t the first time that Luckey polled his Twitter followers on suggesting a possible business decision. Last month, he asked on Twitter whether or not he should try to “save” the social VR startup, AltspaceVR, from the brink of shutting down due to its lack of investment. Shortly after, the company surprisingly announced that as a result of an “outpouring of support” they are now in “deep discussions” with certain people to keep the social VR platform going strong. Although, it’s unclear whether Luckey is actually one of those involved in the sudden turnaround.

Now, of course, all this talk about HTC possibly selling off the Vive should be taken with a grain of salt. Right now, there is no official announcement that HTC is really going to separate from its VR business and the thought of Luckey buying out the company is merely just an amusing and interesting hypothetical conversation sparked amongst the VR community. So let’s try not to go overboard with speculation just yet.

There is no doubt, however, that if Palmer Luckey was to purchase HTC’s Vive virtual reality division, especially since parting ways with Oculus’ parent-company Facebook back in March, the irony of it all would go down as one of the most unexpected, unscripted, dramatic plot twists in VR industry history. Period.