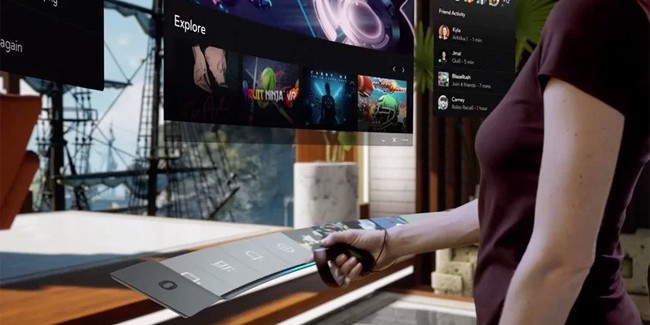 This month Oculus rolled out its latest 1.22 software update for the Rift, which includes a number of performance and stability improvements for Oculus Home and Dash, as part of the Rift Core 2.0 beta.

Rift Core 2.0 is considered a major step forward for the company in redefining the core experience of the Oculus platform. Prior to the 1.22 software update, the Rift Core 2.0 beta was only available through the Public Test Channel since its release early last month. Now, Oculus says that they have implemented some changes to make it easier for users to access the beta. Using the new Oculus Desktop application, users can now experience Rift Core 2.0 without having to first enroll in the Public Test Channel.

To do this, you simply have to access “Settings”, click on the “Beta” tab, and then uncheck the “Use Classic Oculus Home” option, which is enabled by default.

In addition to improving the general performance, rendering, and stability of the new Home and Dash UI as a result of the latest update, Oculus says you will also have the ability to “lock” edits to your Home. This is a useful feature that will allow you to avoid making any unintentional changes to your perfectly arranged Home decor once you have everything in place and is looking just the way you like it. On top of that, the update to Dash is said to make the new UI run smoother when using Steam and other VR apps that are not acquired from the Oculus Store.

Lastly, as part of the updated Oculus Desktop app, you can now add games and experiences to your Wishlist, get notifications when they go on sale, as well as install and manage VR apps across more than one hard drive or Windows folder. Plus, you will be able to see new details about your use of games and apps in your Library, including being able to see the total number of playtime hours and highlighted achievements.

It certainly looks like the Rift Core 2.0 beta is shaping up nicely, we expect more updates to the platform as we get closer to the full launch later this year. If you have any ideas for new features, ways to improve, or found a bug in the beta, Oculus is asking everyone to join its UserVoice forum to submit their feedback.