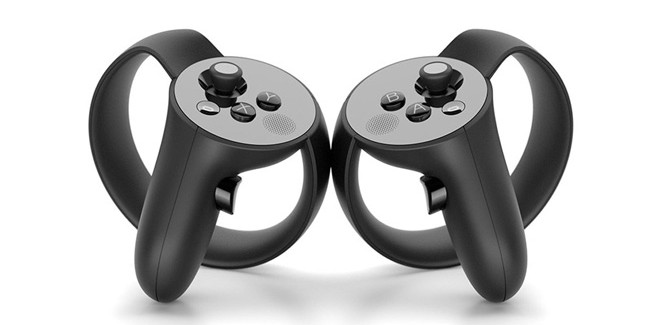 Oculus is showing its appreciation to developers who helped the Oculus Touch controllers kick-off to a great start last year by sending them silver controller-shaped trophies, as reported by UploadVR.

The Touch controllers launched on December 6th, 2016 with over 50 supported titles designed specifically to take advantage of the new controller’s motion-tracking capabilities. Now, in a show of thanks for all their hard work in creating launch content, Oculus is honoring those developers with a special trophy to commemorate them as official Touch Launch Partners.

Below are just some of the developers that posted to Twitter their newly received trophy from Oculus this week:

Huge thank you to @oculus for the wonderful gift! We are so proud to have been a day one launch title on Oculus Touch with Job Simulator! pic.twitter.com/OScShRyNHh

Thank you @OculusRift for this trophy celebrating the launch of The Gallery & Oculus Touch! Proud to have been here since the beginning. #VR pic.twitter.com/U2E5N5su15

Thank you to @oculus for sending us this gift for being a part of the Touch launch w/ @ieytd . #touchtitle pic.twitter.com/VX4f96Ol5n

Since more than 50 Touch-supported titles have been published on the Oculus Home store at launch, we expect that plenty of other developers out there were happy to receive their own trophy for all their hard work and support.

Congrats to all the Touch Launch Partners that helped make the Touch controller launch a successful one!